Attempts to compare the brain with computers have reached several dead ends from the sciences of cognition and computer science, because basically, it has been compared with conventional electronic computers (with Von Nauman or Princeton architecture), and the way in transducing/managing information has nothing to do with a biological system. But if the computer were made of neurons, what new questions could be asked? What would it lack to be a brain? Or what would be left over to be a computer?

SOMA is a work that addresses the issue of neurodivergences and the obsolete idea of ​​the human brain as the center of intelligence and sensitivity in the universe.

It is a kinetic sculpture controlled by an unconventional computer, that is, its processor is not made of silicon and metals; it is a chip made from living biological neurons, a neuronal ganglion that is treated as a microprocessor to generate a sound composition system with inputs, outputs, memory and circuit bending techniques with which to carry out biofeedback processes. 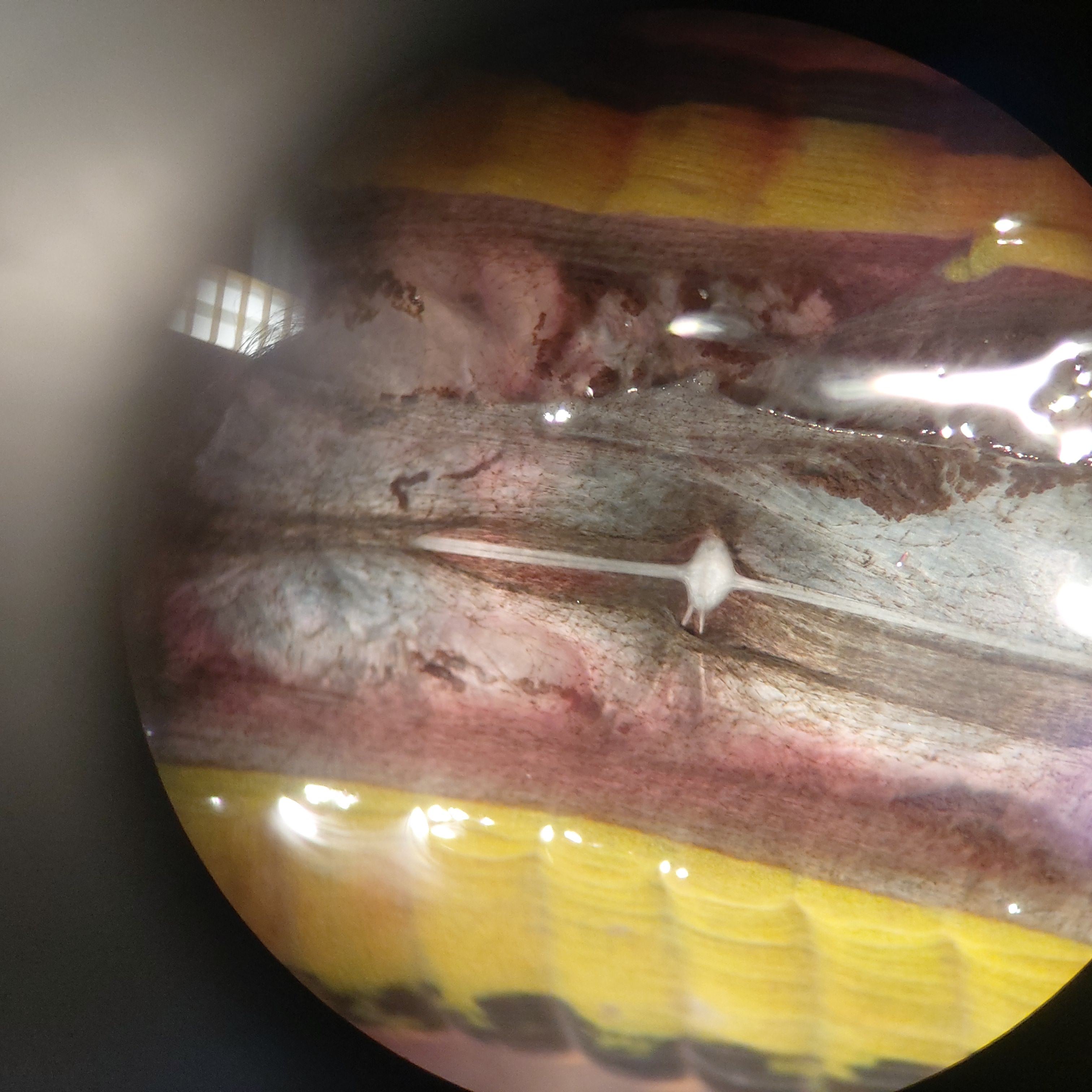 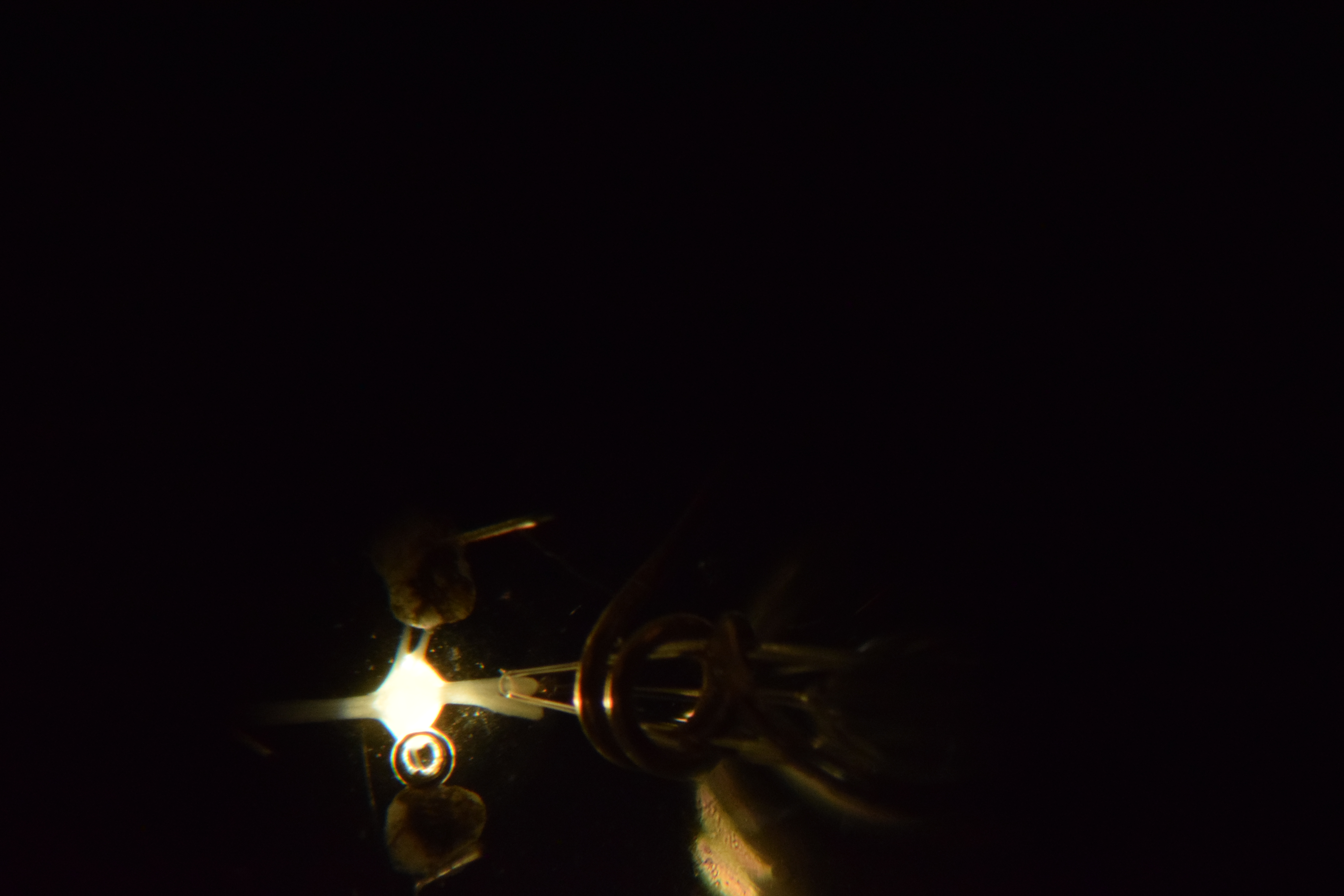 This is the first version of a series of works based on this biorobotics technique.

On stage we can see a robotic battery that is controlled by the neural chip, through the patch-clam technique the biosignal produced by the neural ganglion can be collected and analyzed with different techniques to feed machine learning algorithms, these algorithms are those who control the battery.

On the other hand, we have a human drummer who listens to the rhythms produced by the drums and improvises with them. The drummer has a neural wave sensor (electroencephalograph) connected to his occipital lobe to measure his activity, with these signals small electrical and chemical stimulations are made to the neural chip (especially with serotonin), this stimulation works as a kind of chemical circuit bending since the activity of the neural chip radically changes its activity.

Thanks to cellular electrophysiology techniques, it is possible to strip these two different brains of their materiality and use the information from their biosignals to create a conversation, a sound, rhythmic, non-semantic conversation, but with its own grammar and that allows the public to intuit the connection that is happening through listening. This information is mediated by a live coder that allows the compositional development of the work. 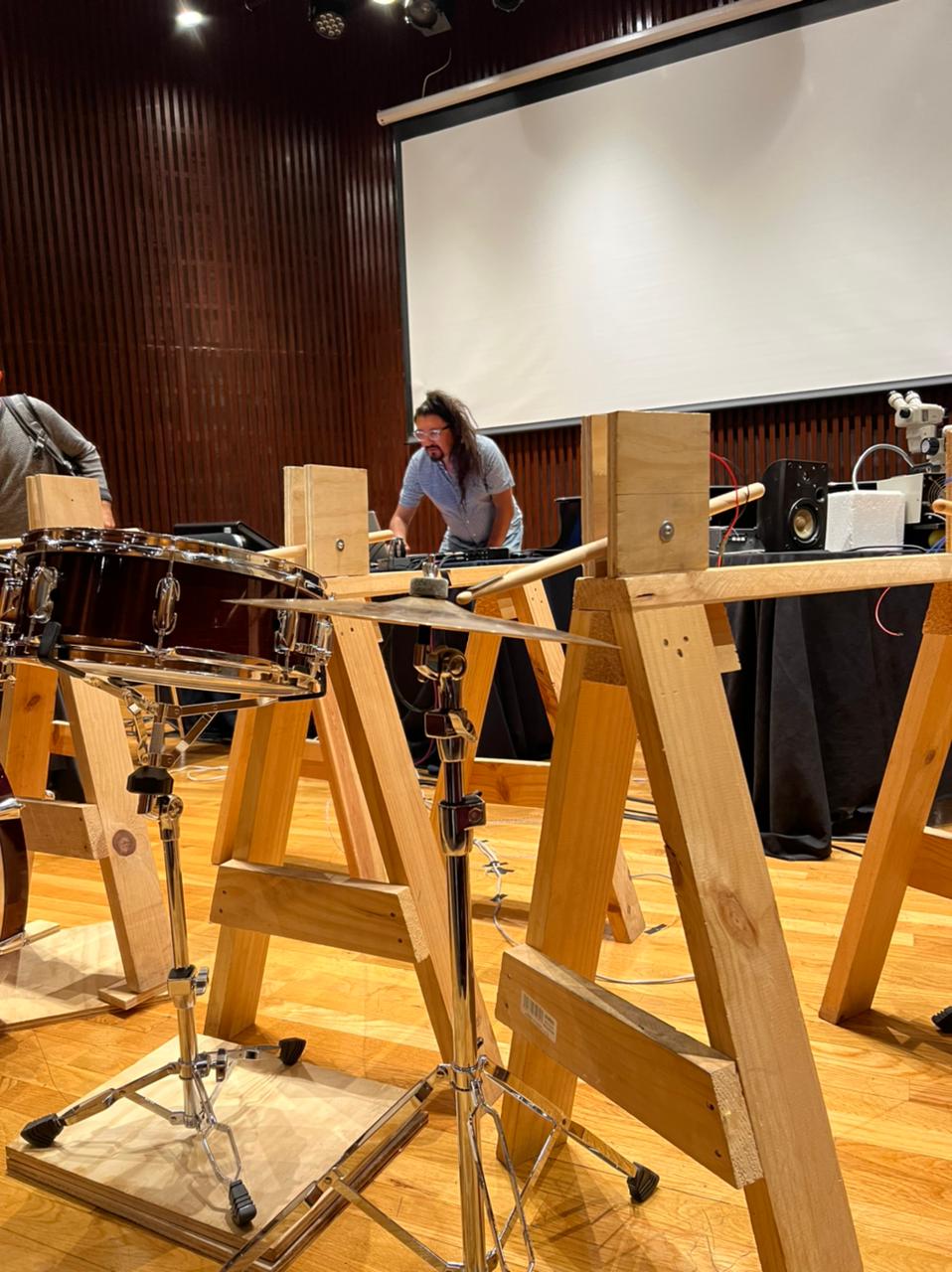 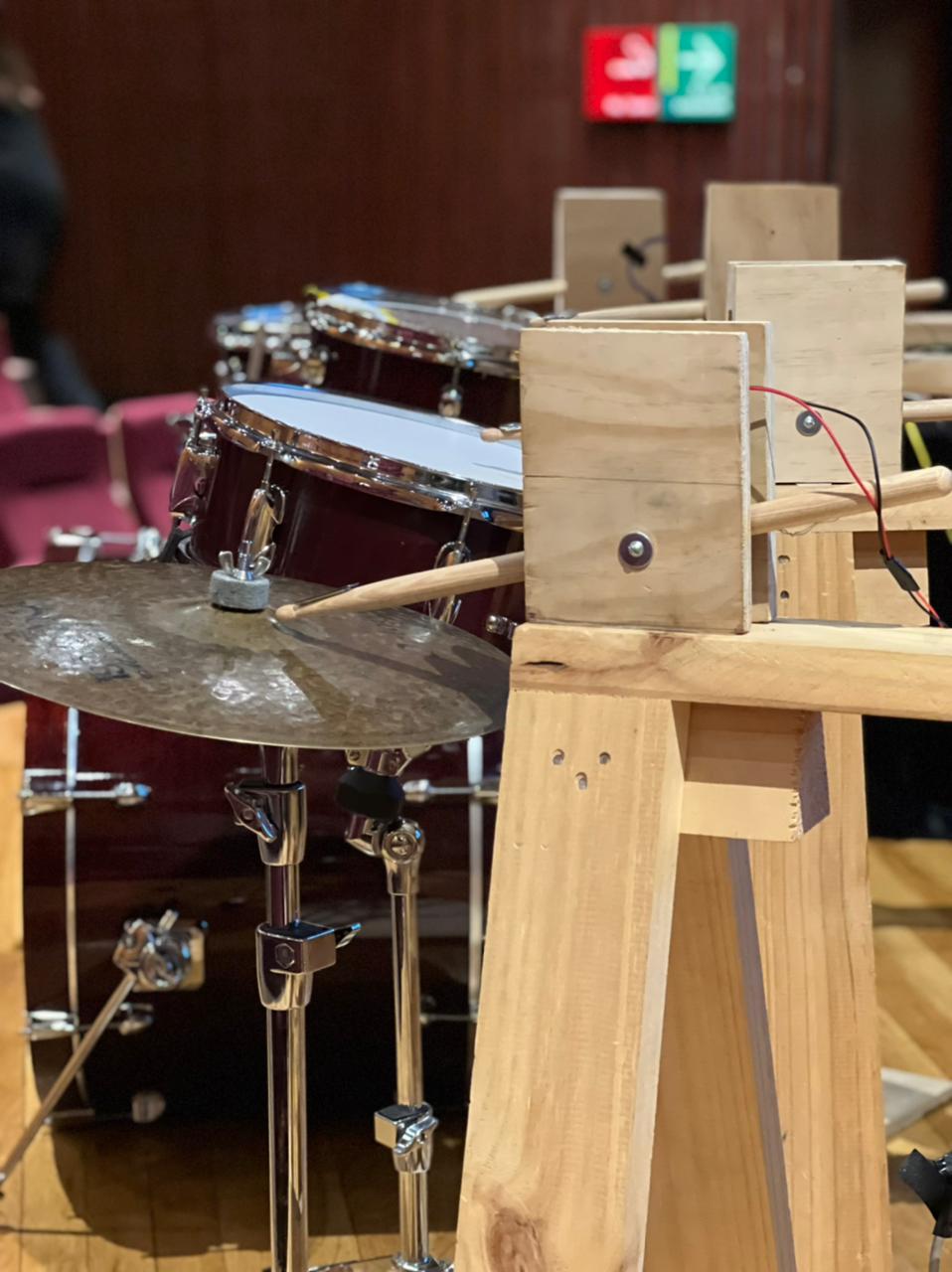 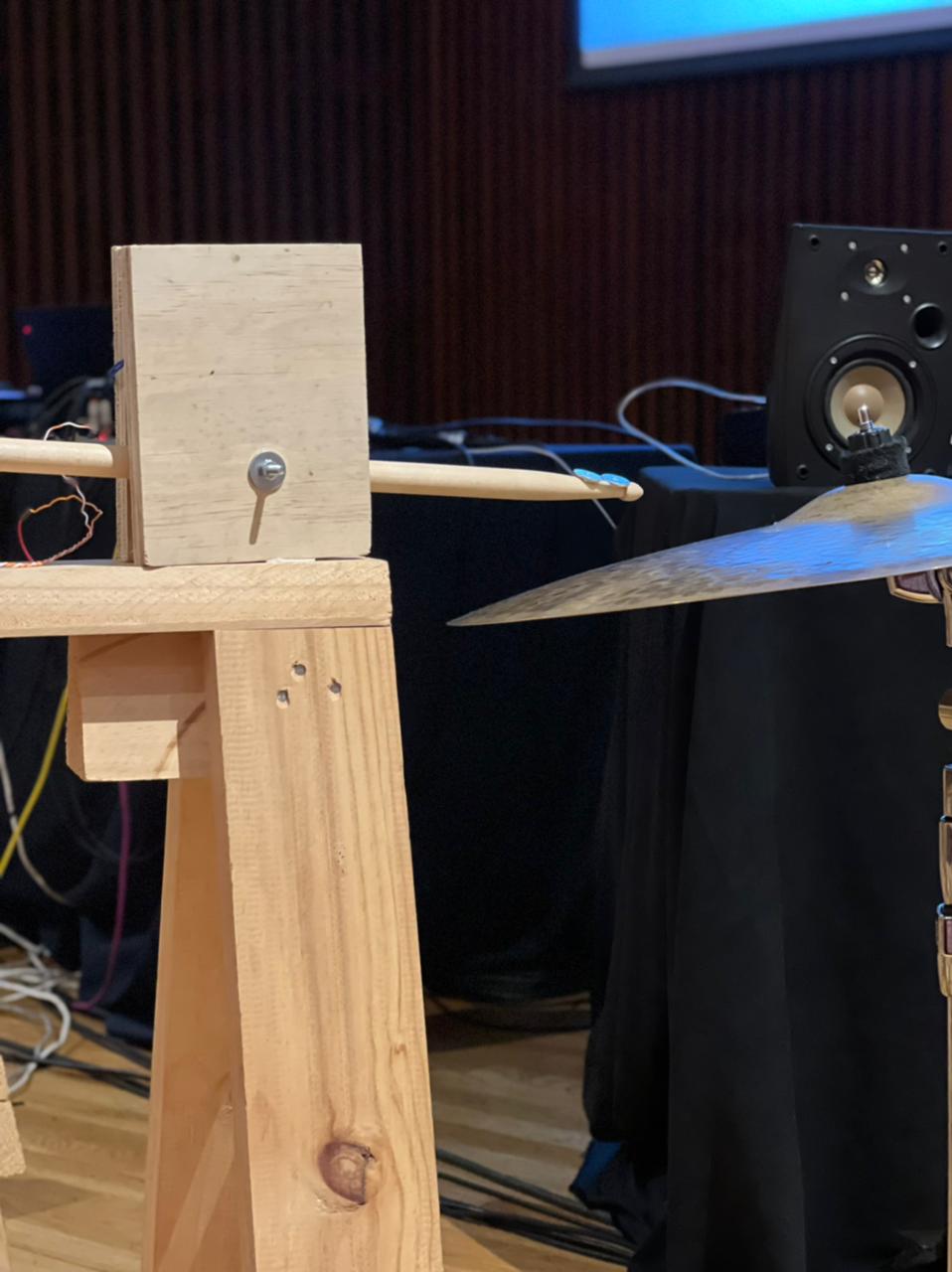 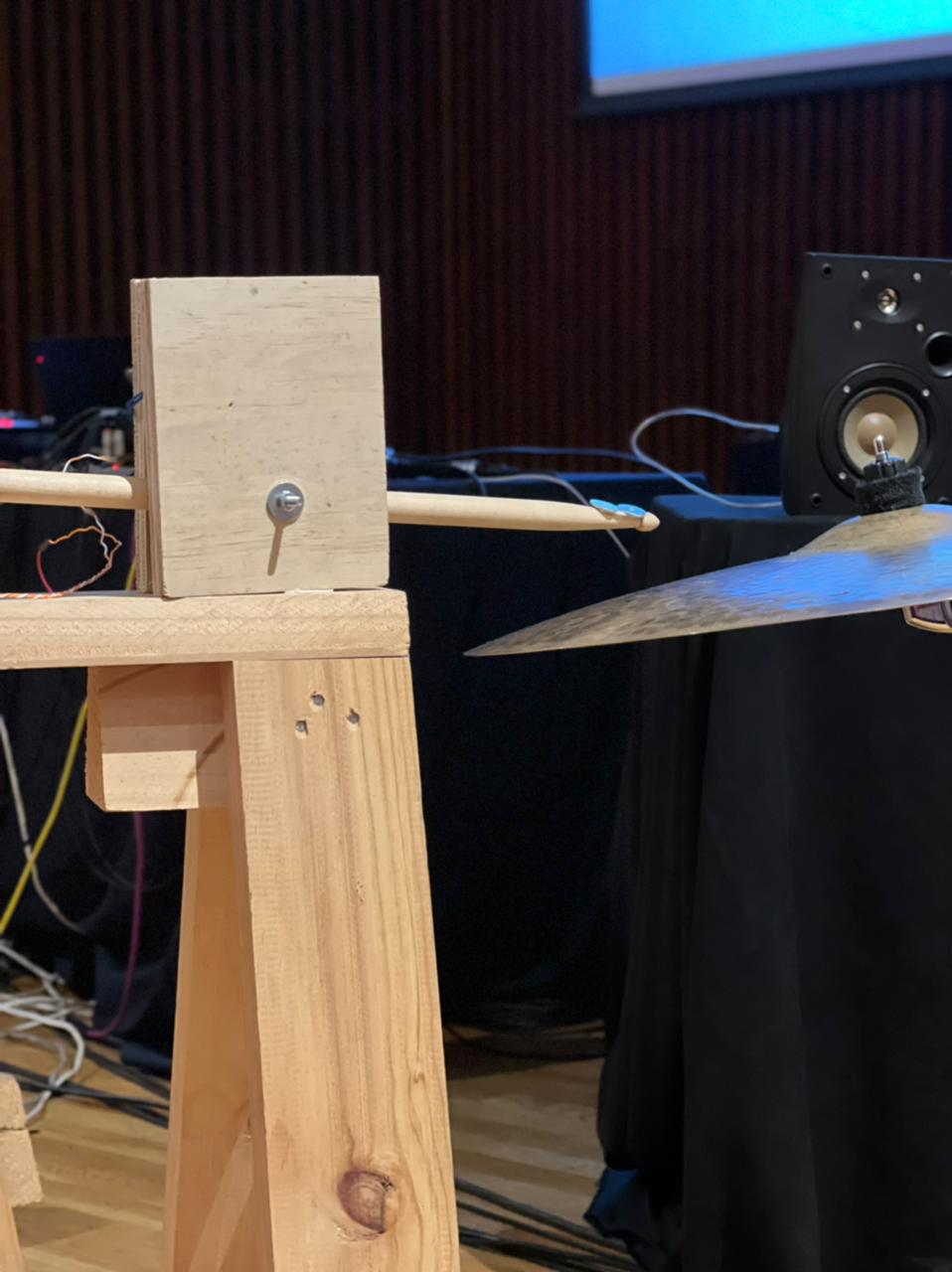 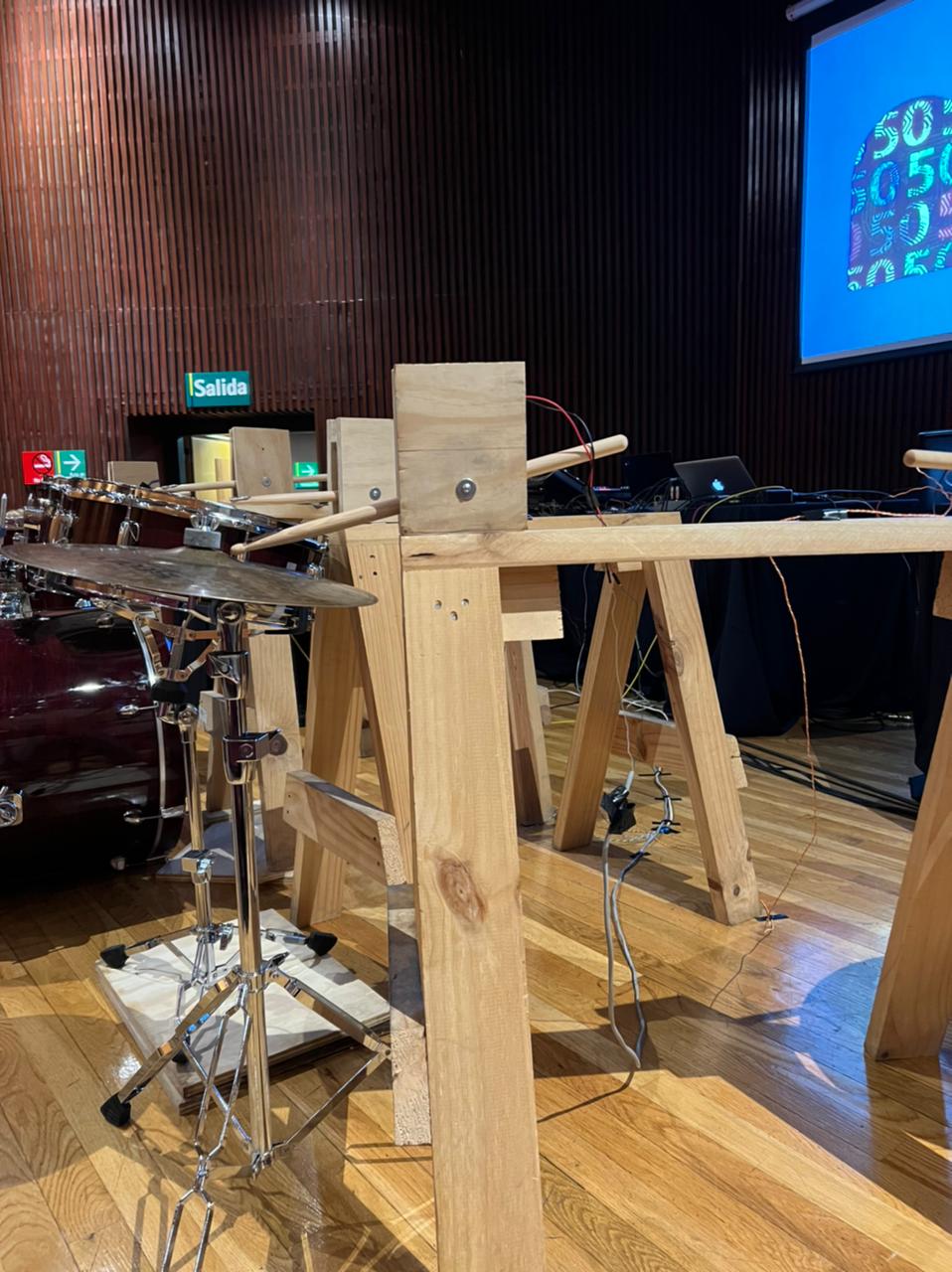 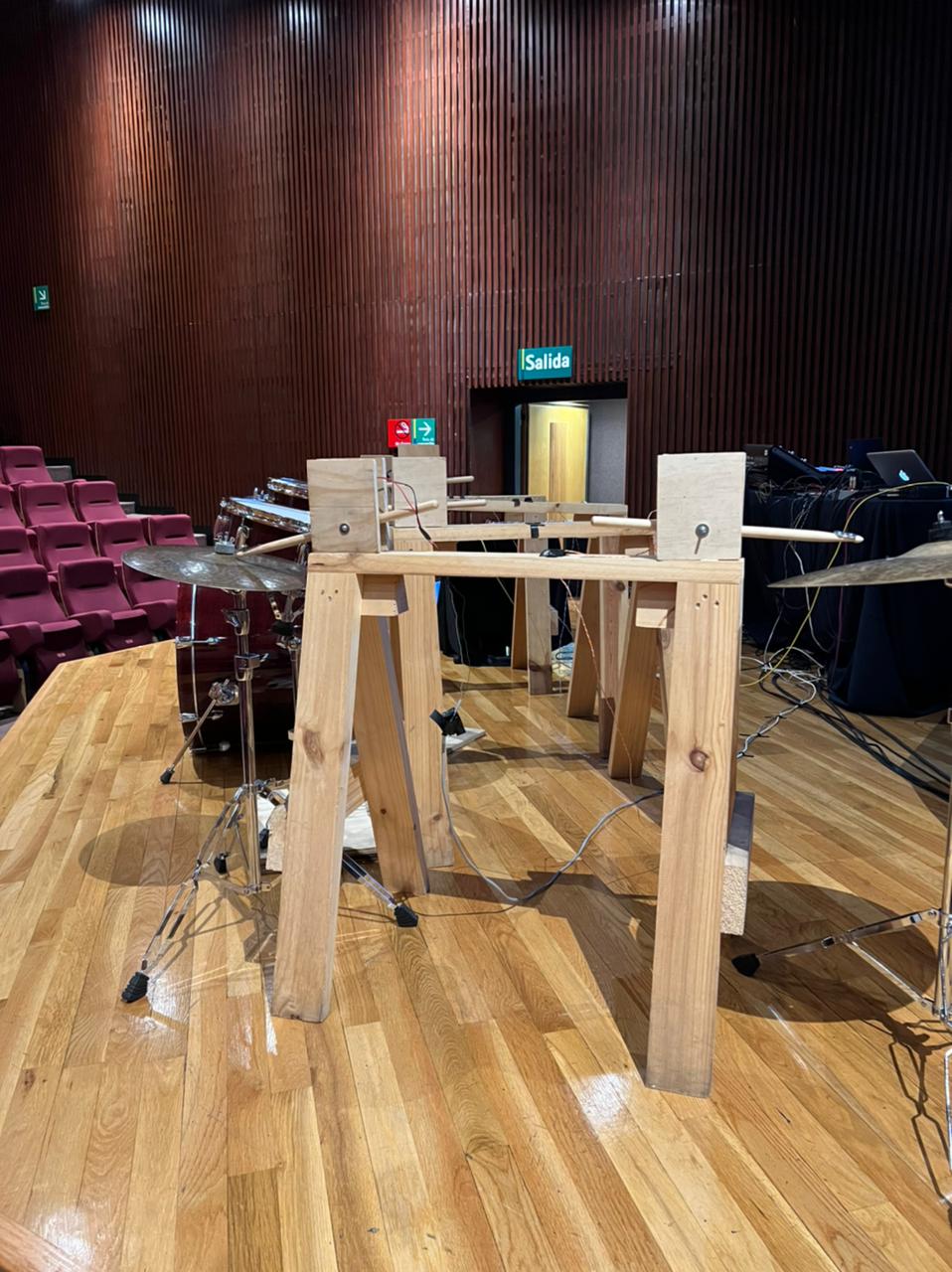 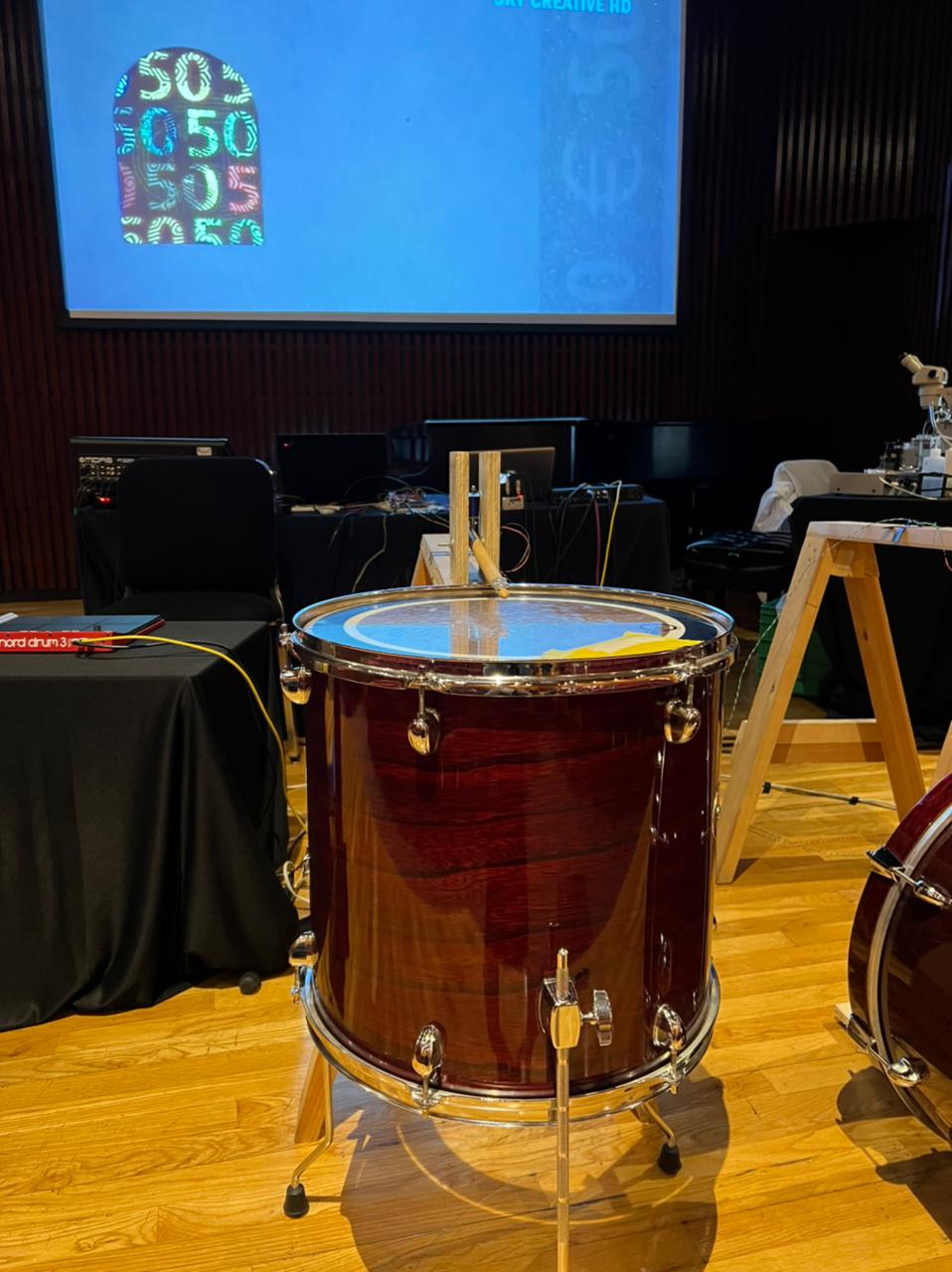 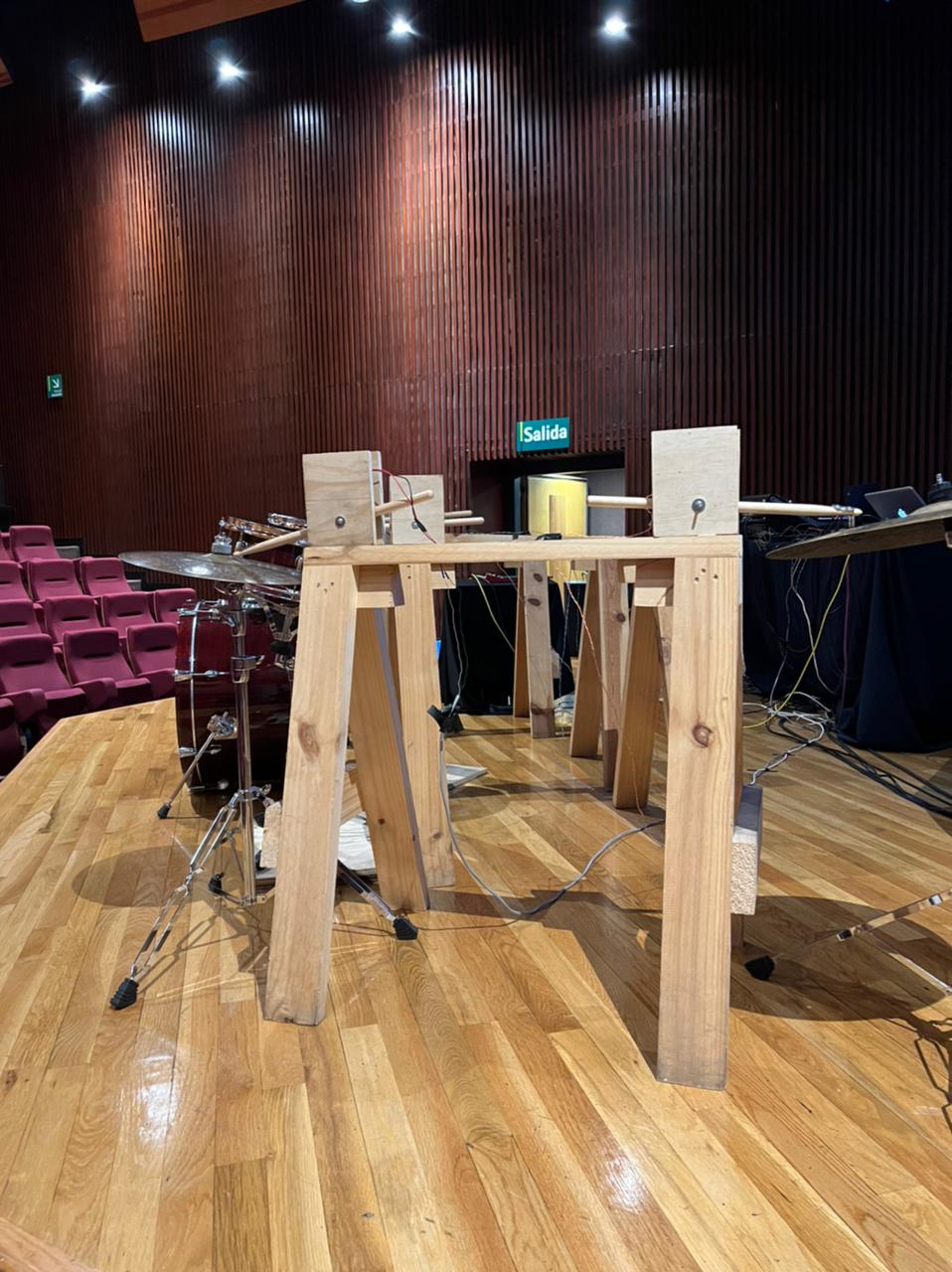 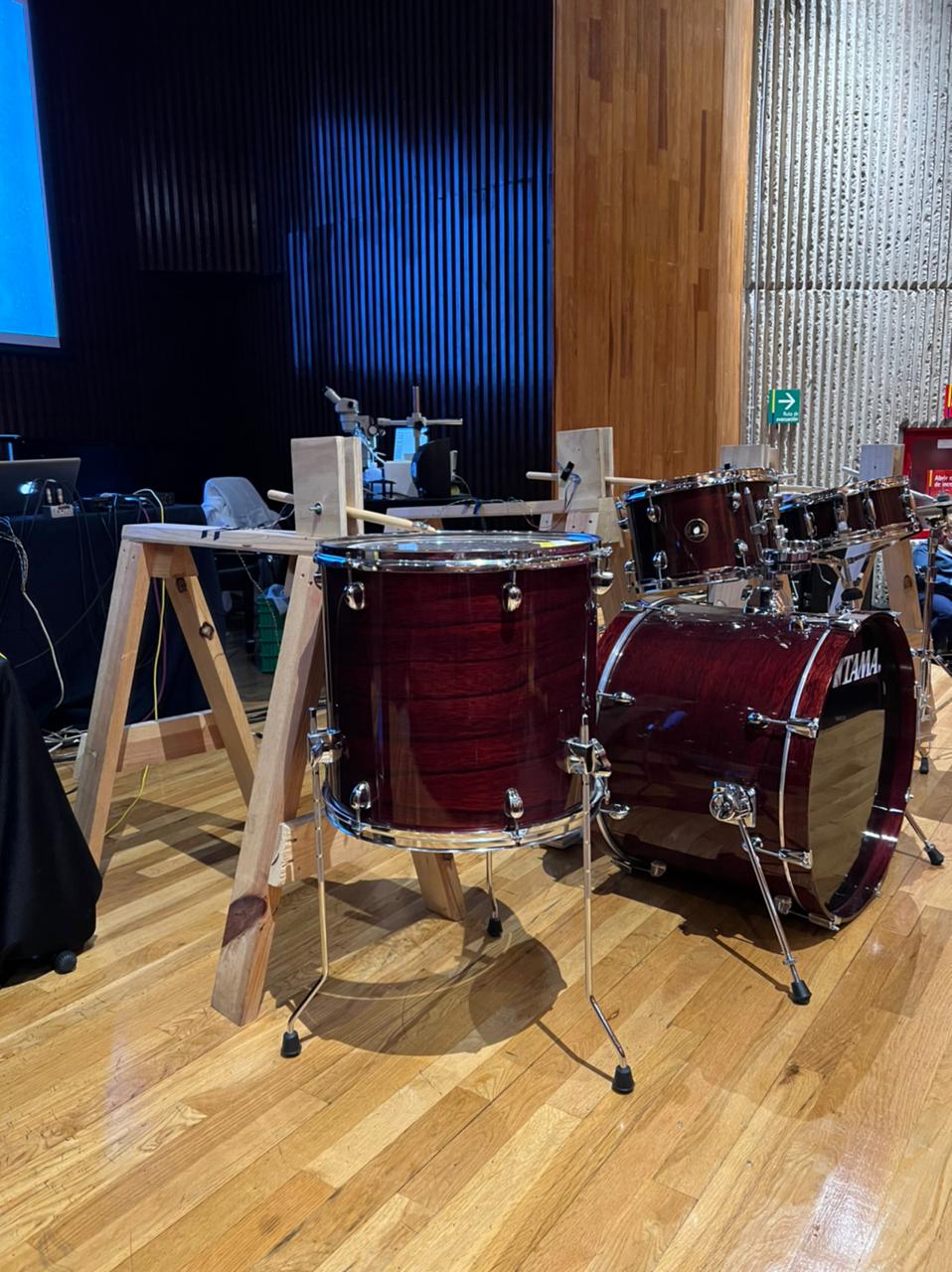 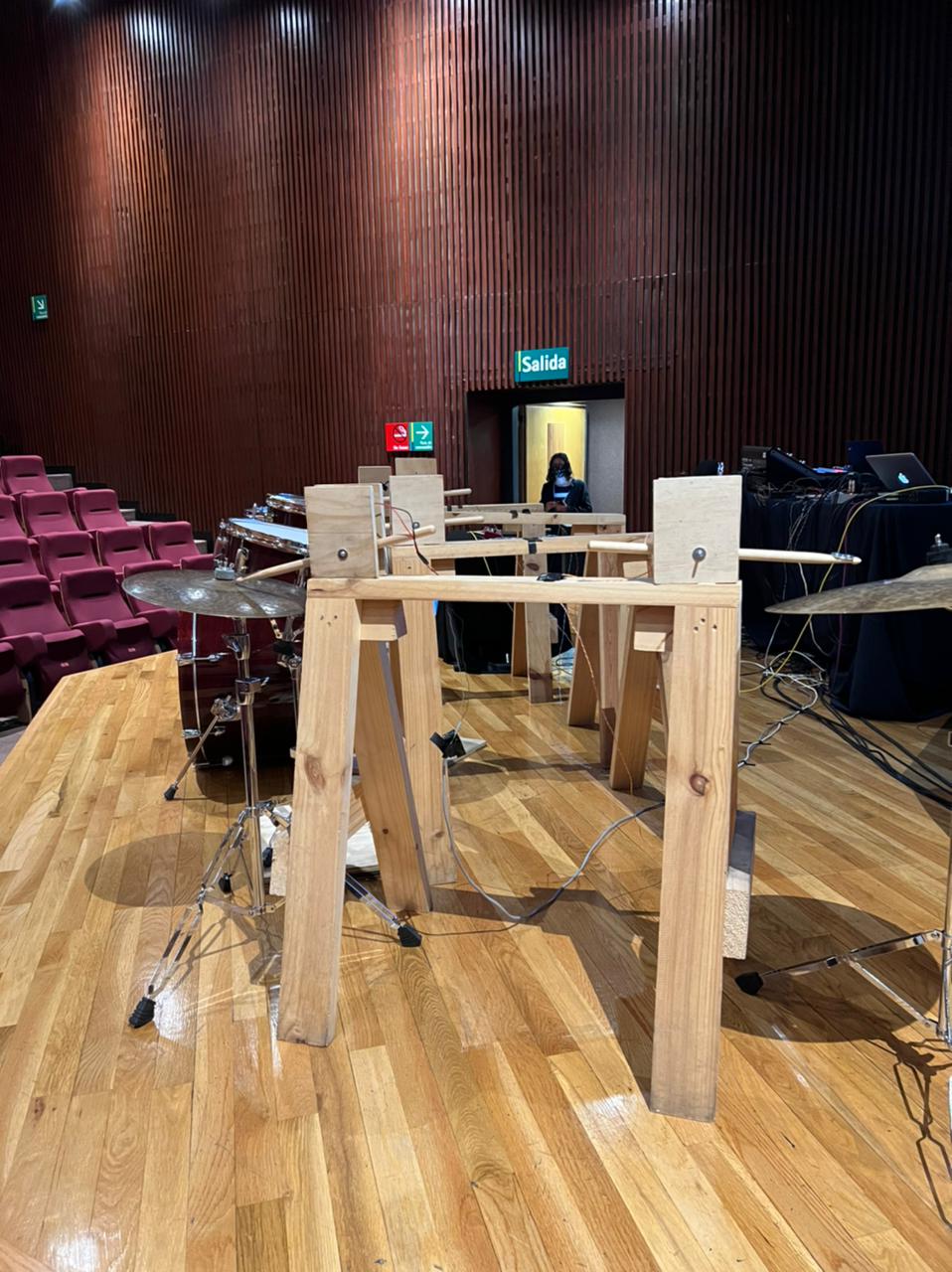 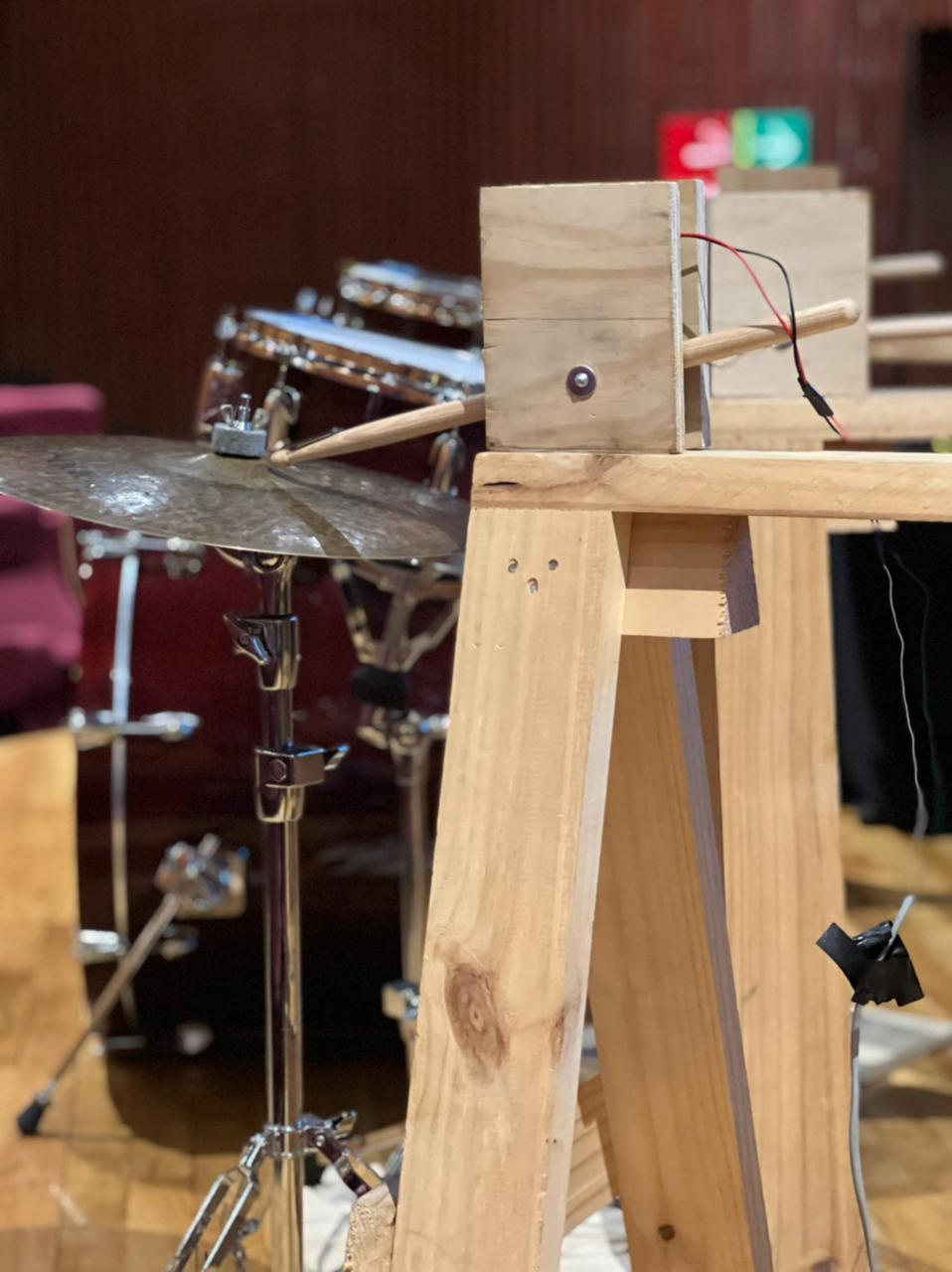 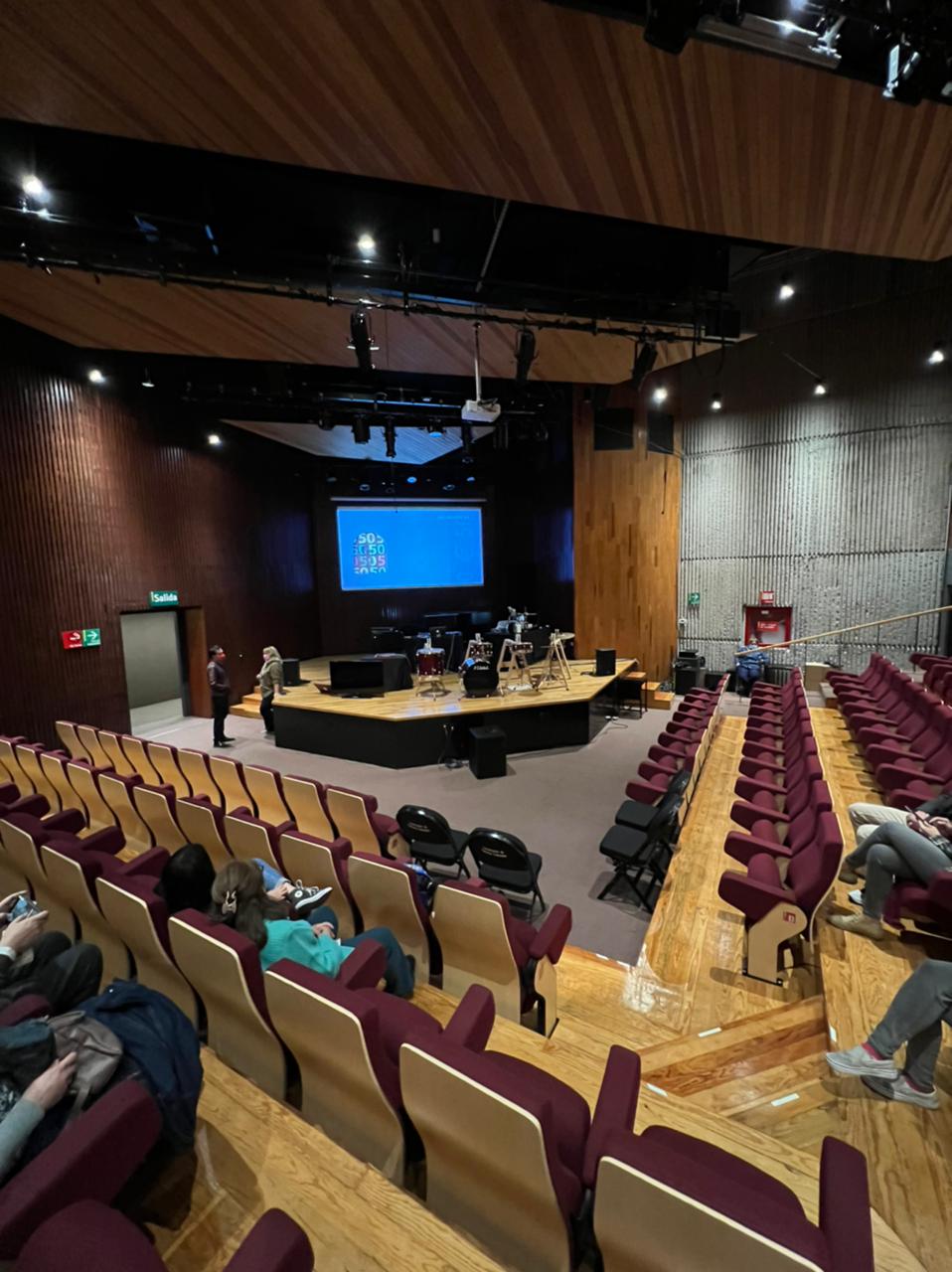 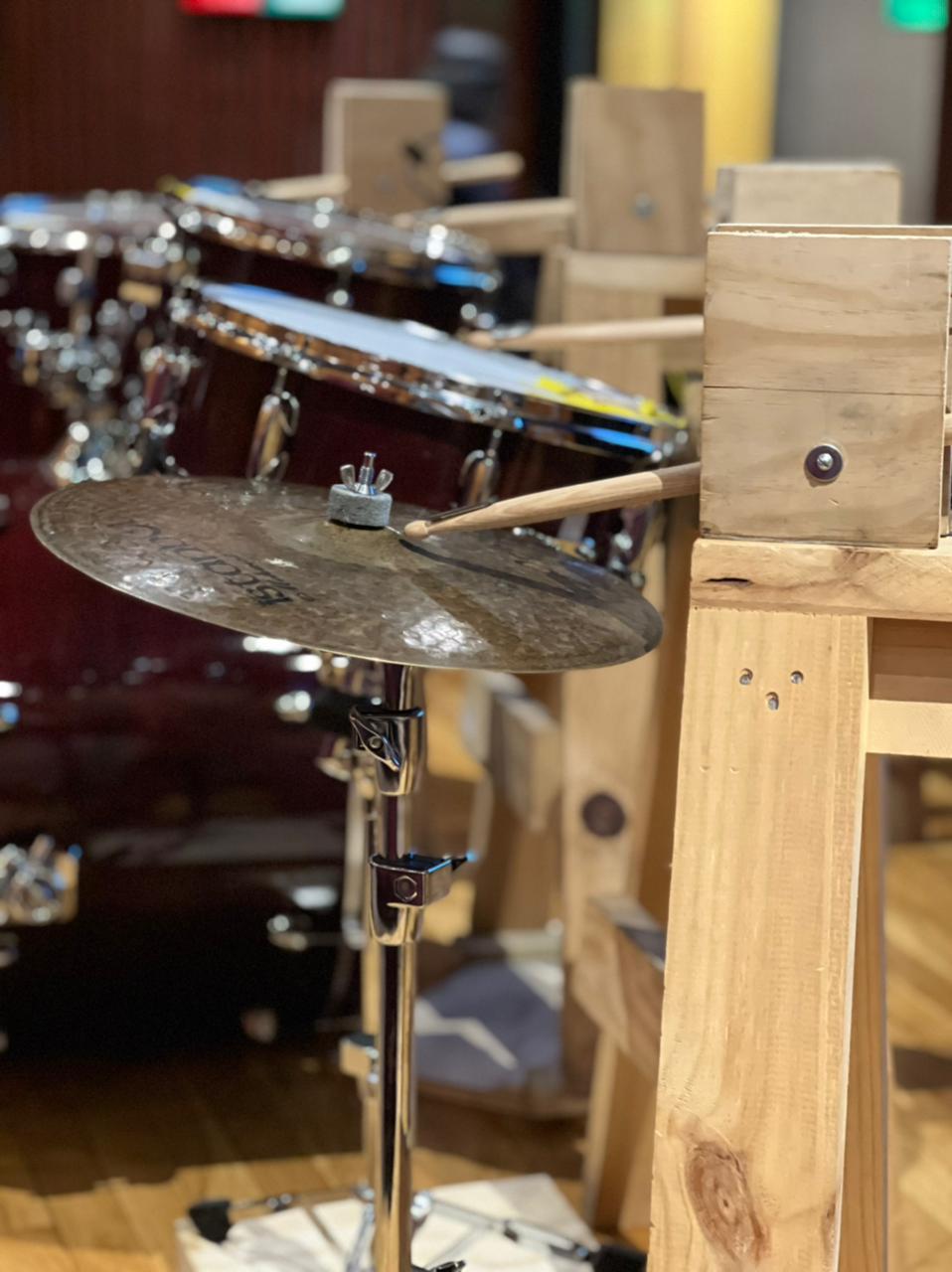