Western culture developed by prioritizing the lineal and codified visual skill as the center of our perception.

What implications has this had?

Abstract definitions and concepts that were generated in the development of language resulted in other languages like geometry and programming. This castration of senses made us form norms of conduct and customs that created a limit and therefore excluded what was not named.

Considering that what is not named goes unnoticed by human comprehension, with this exposition we ask ourselves if we are capable of imaging what we don’t know. That, what hasn’t been limited by enunciation yet. Are you capable of imaging what hasn’t been named? Language is a system of sings constantly mutating and it’s fundamental for building the culture, a compound of knowledge and customs that are supported by structures and rites that are sustained by each one of us.

The exposition integrates layers that were once fractionated, it facilitates a return to a perspective of the artist as a maker of things that through his comprehension and managing of physical properties can alter our way of seeing, hearing, feeling, and understanding.

Transmutation, name borrowed from alchemy, consists in the conversion of an element into another one, it reminds us in a subtle, but unavoidable way that the connection between what we perceive and what we think we know is never as simple as it seems and that perceiving is a political act. 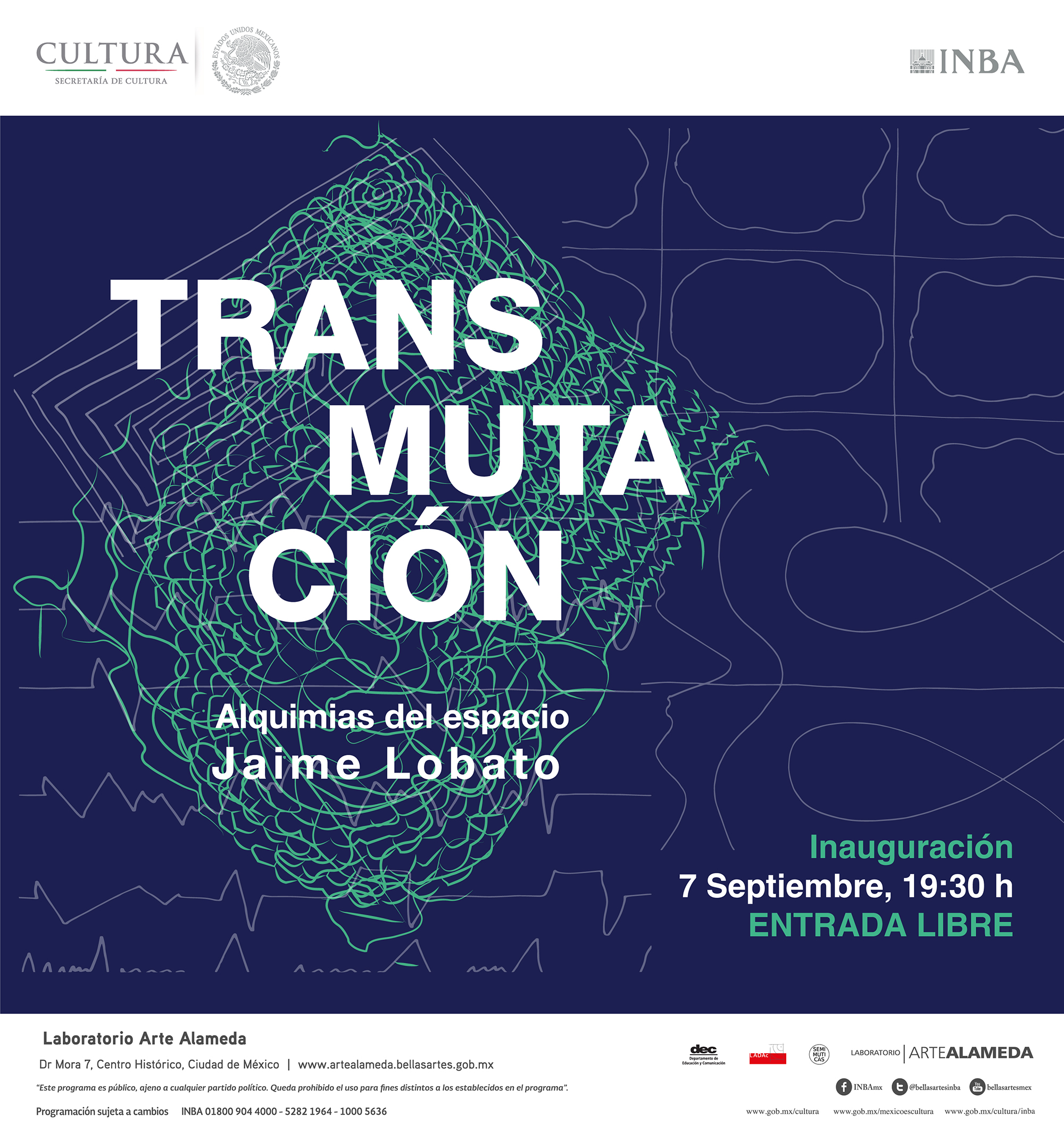