Pulcher Aureus Filum (from the Latin A beautiful golden thread) is an artwork process that reflects the nature of the information and the non-conventional computations. This project goes through the whole process of digital or computational art, from the construction of tools to make a computer, a computer and its programming language, as well as the creation of a generative audiovisual work. This audiovisual work is the synthesis of the data collected in the experiments. 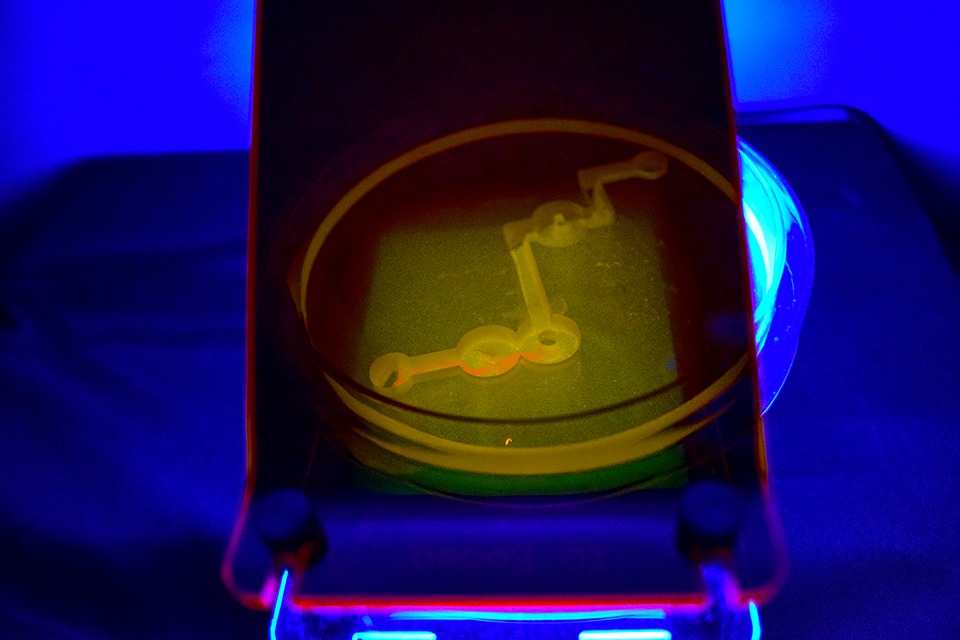 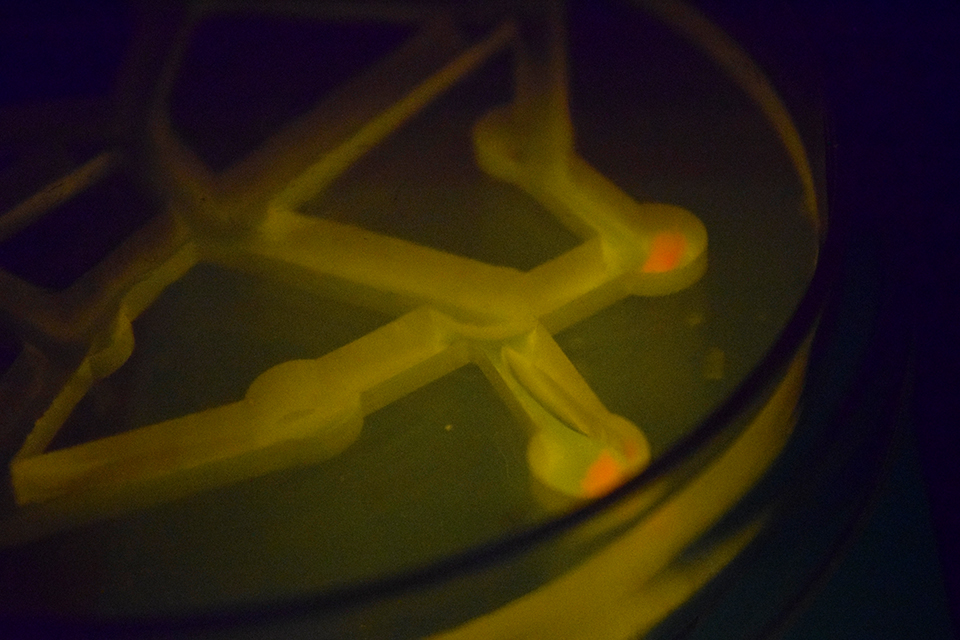 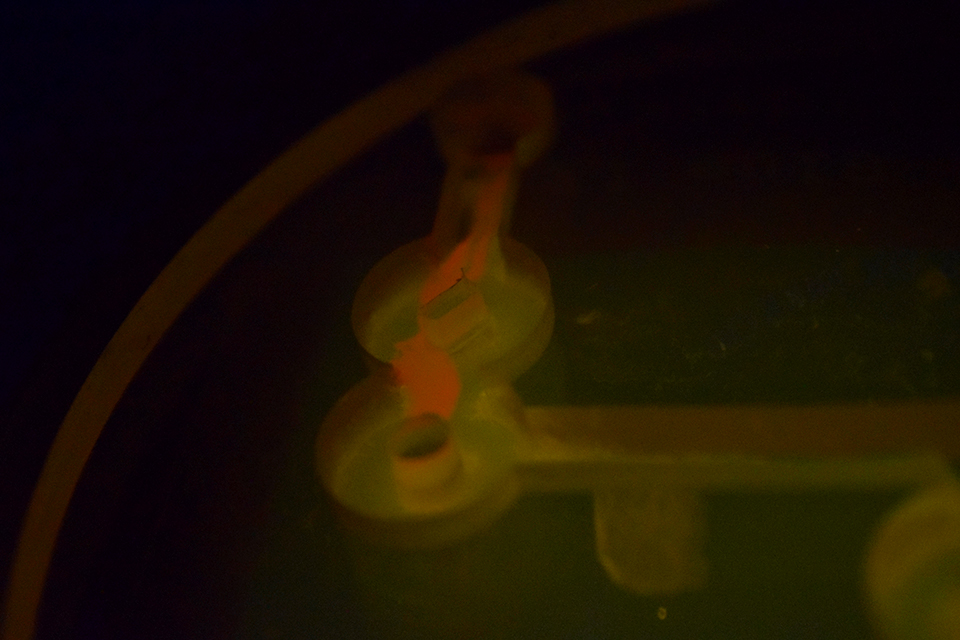 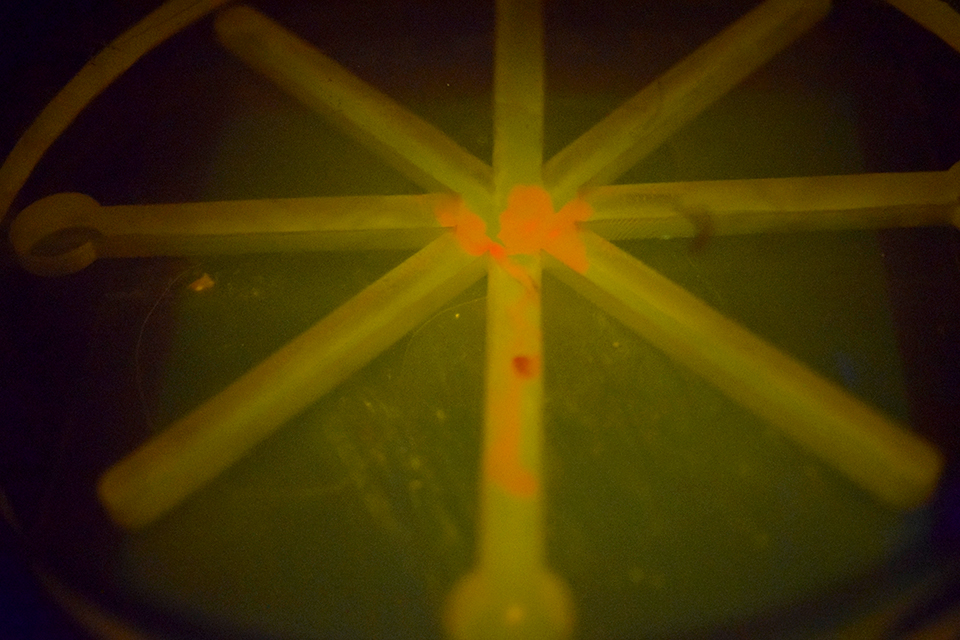 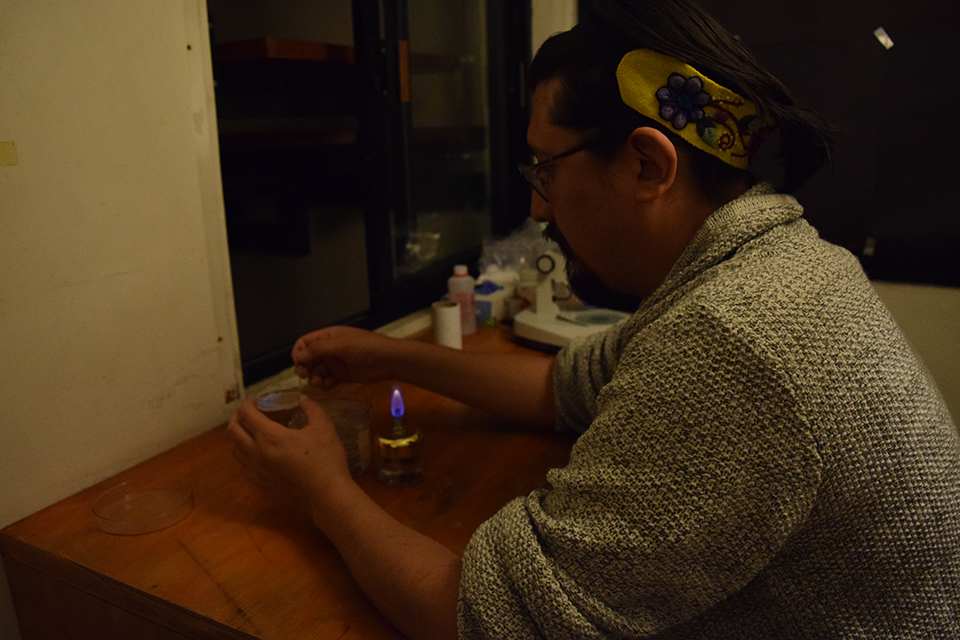 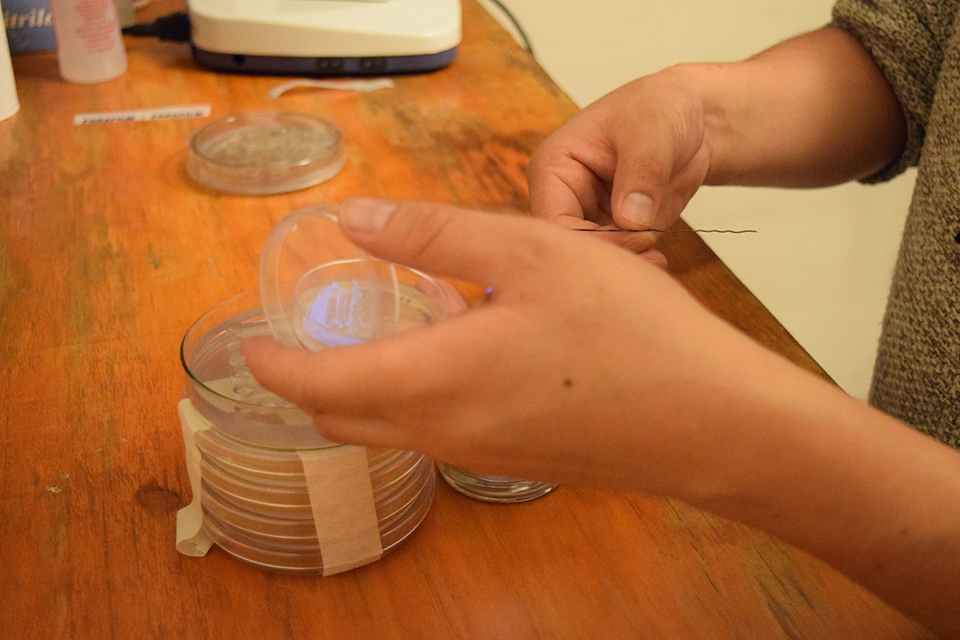 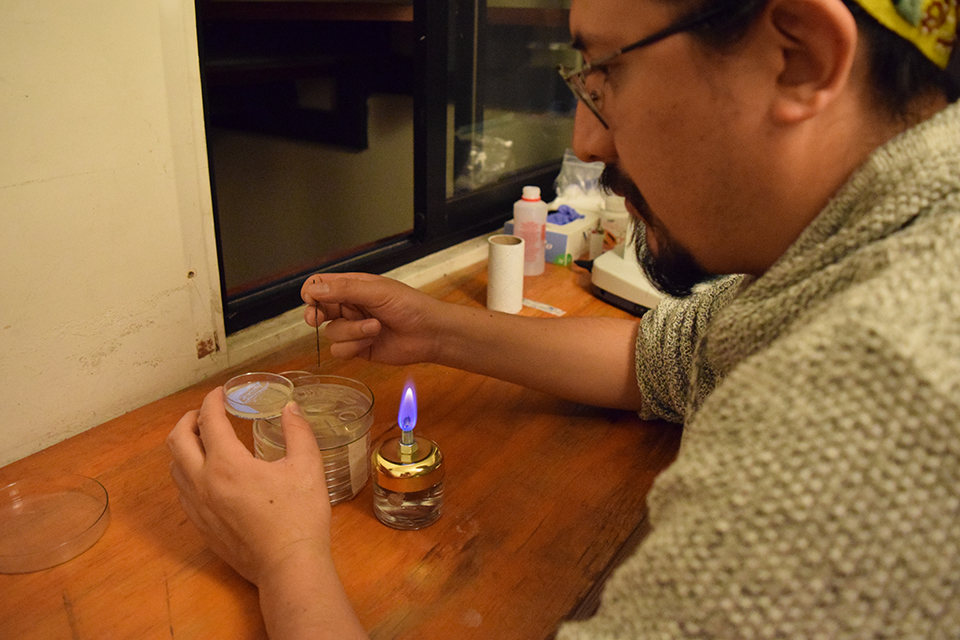 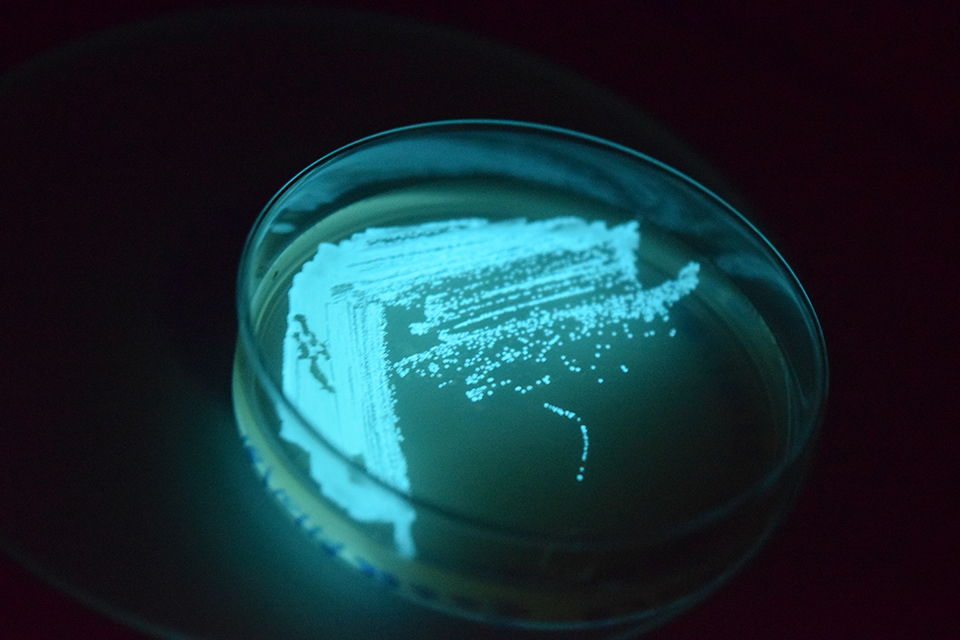 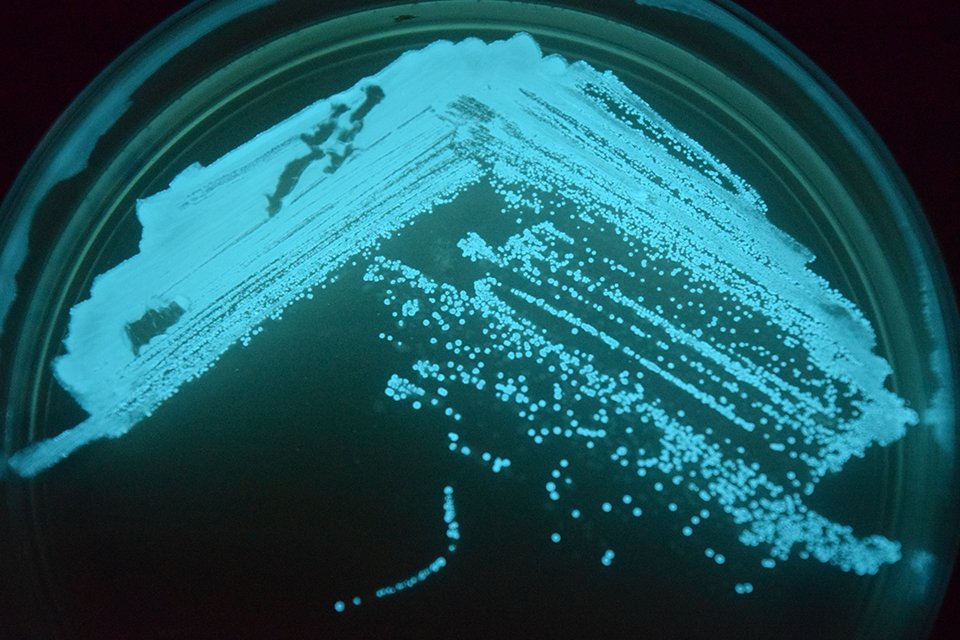 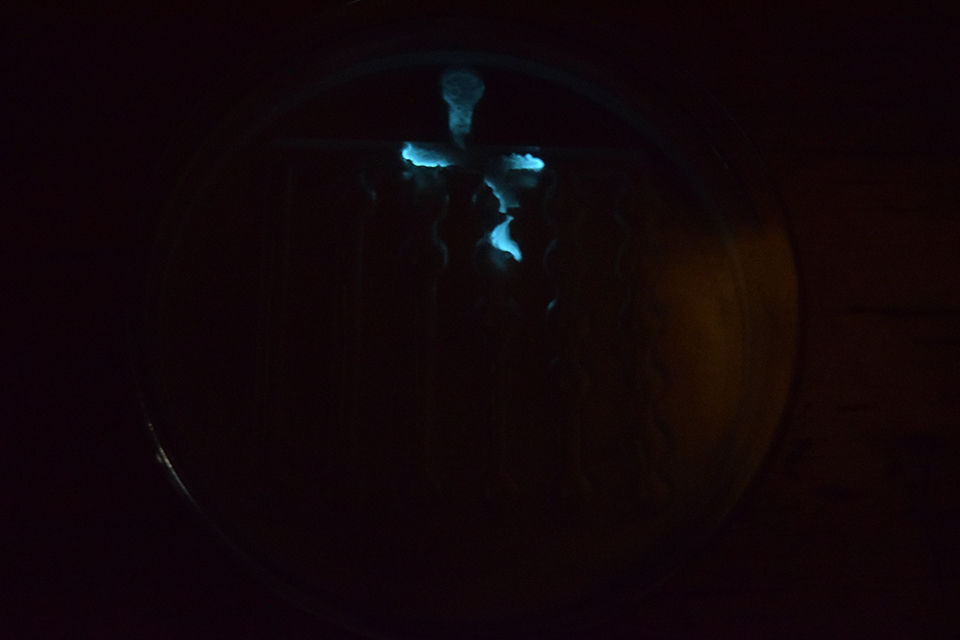 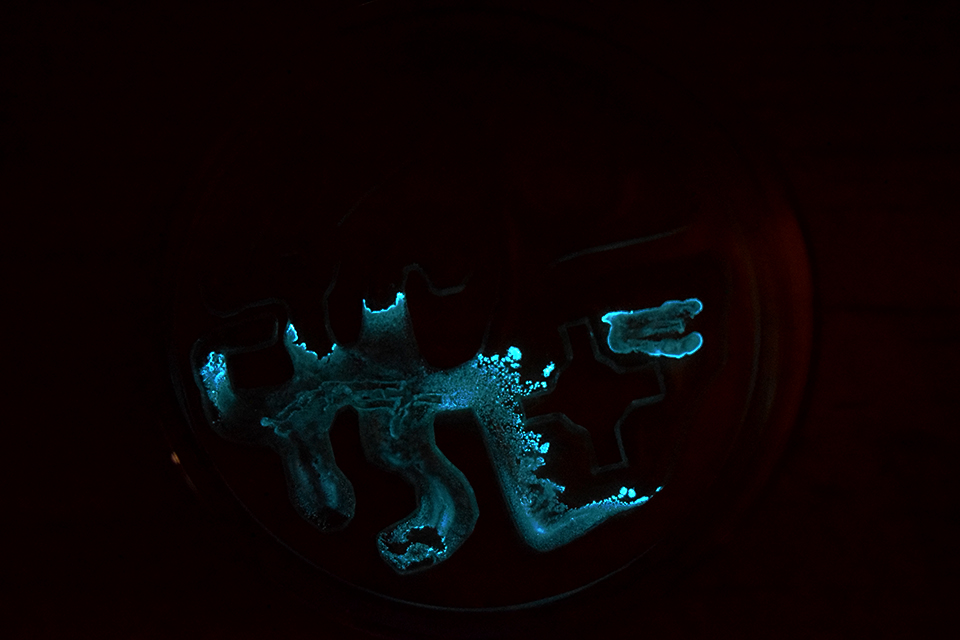 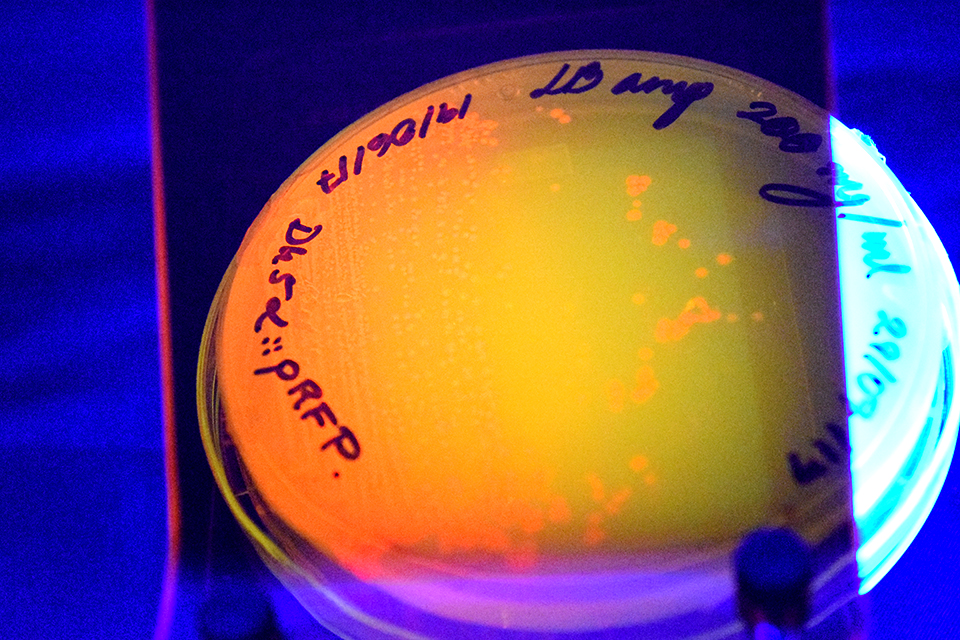 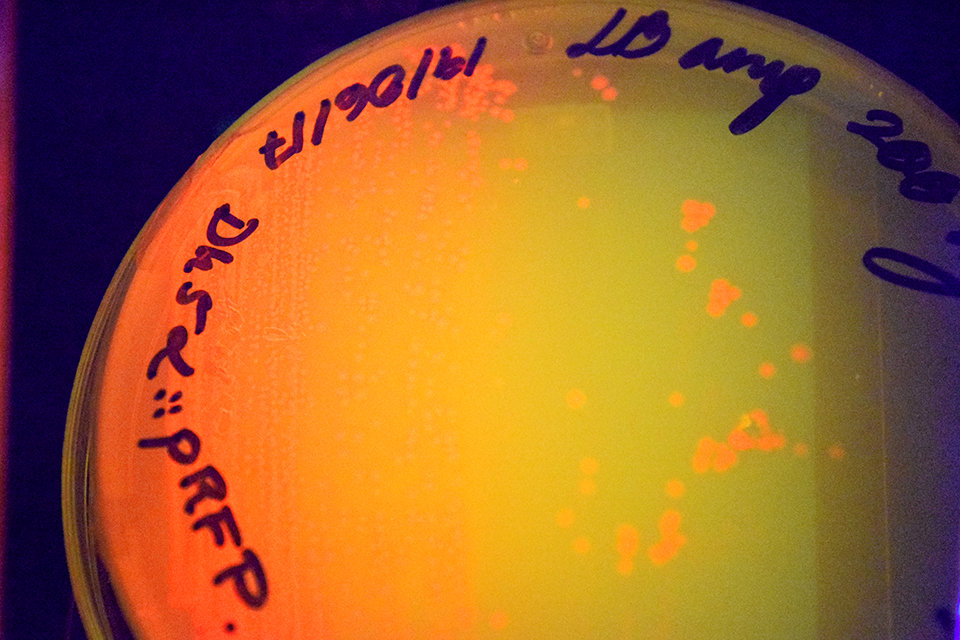 Based on research on colonies of genetically modified bacteria, we started with the idea of ​​building a computer that will not work from electricity but from bacteria and their community relations. In this experiment it is inserted a genetic oscillator to bacteria E. coli to shine intermittently, by activating its mechanism of “sensation of crowd “(quorum sensing) the bacteria begin to synchronize their periods of brightness, and not only this but they emerged different rhythmic patterns depending on the shape of the container where they were grown. In such a way that it is proposed replicate this experiment to make a generator of spatial time rhythms, a computer of bacteria. 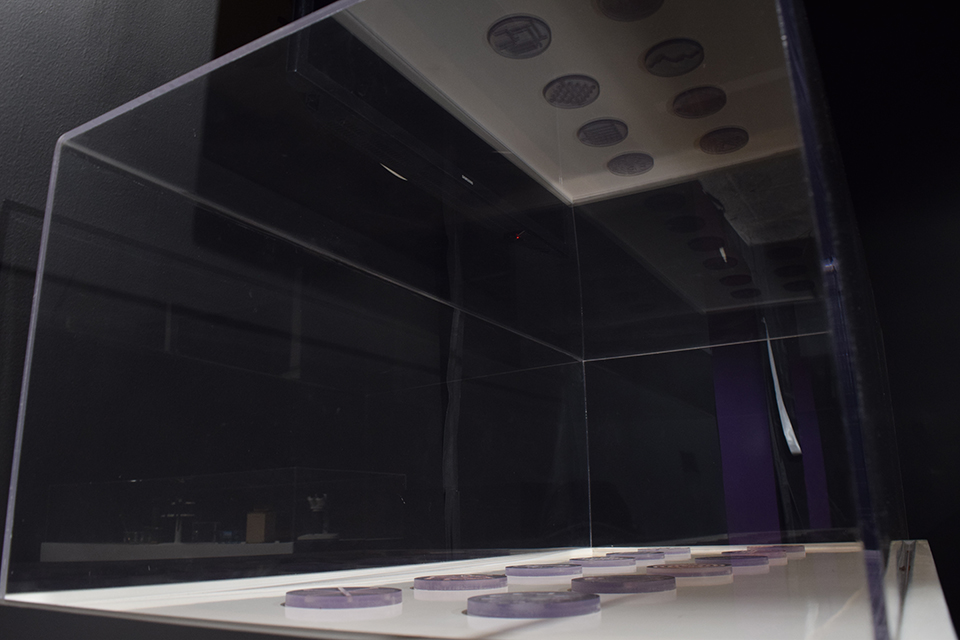 DERIVA No 1.- THE REVIEWERS

In order to appropriate this technology, human and technological tools were developed. First of all a group of people with interdisciplinary profiles that could reverse engineer this technological development, the seminar of unconventional computations consisted of molecular biologists, electronics engineers, physicists and artists, most of them have extensive international experience on topics of art and science. 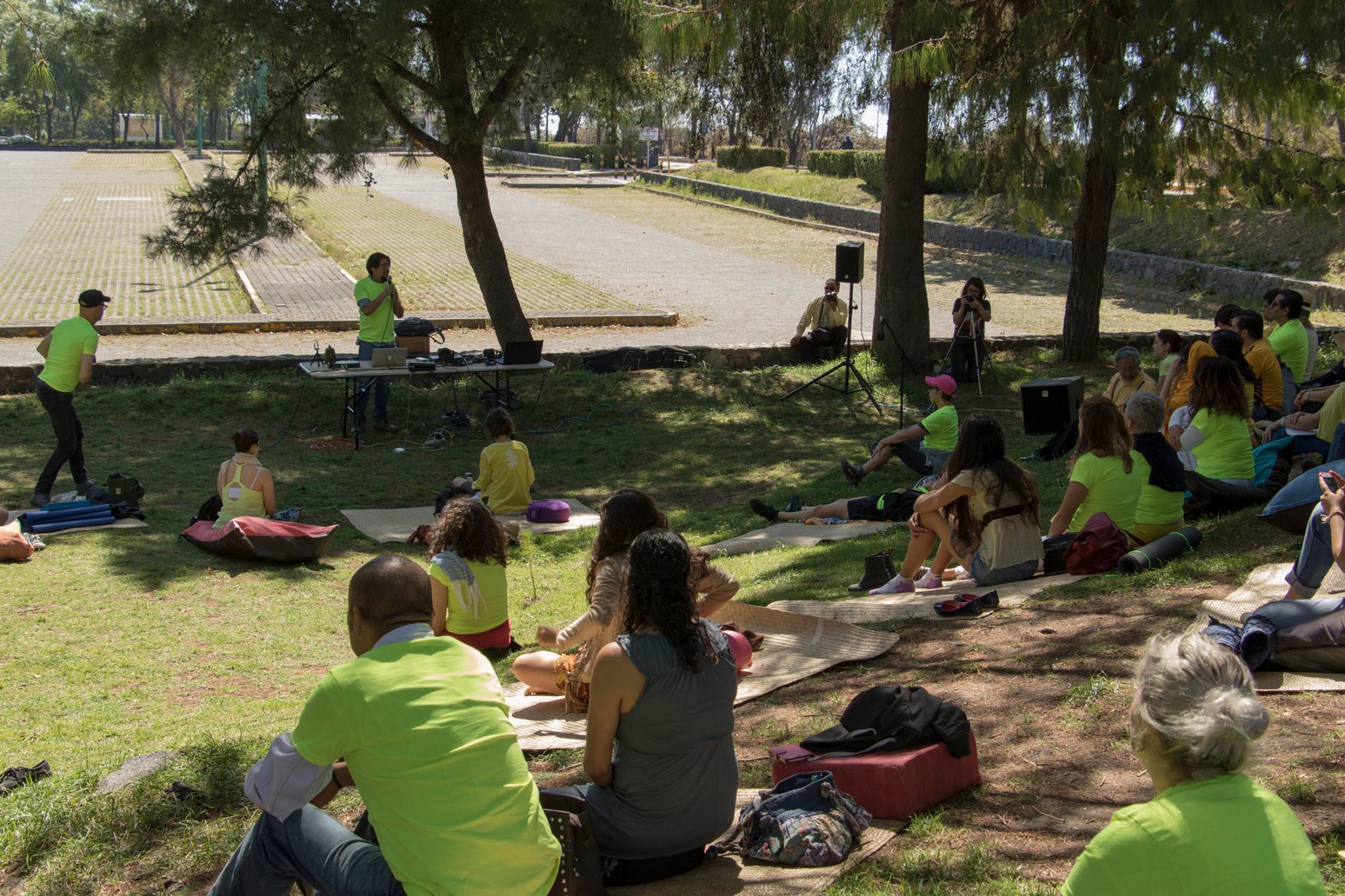 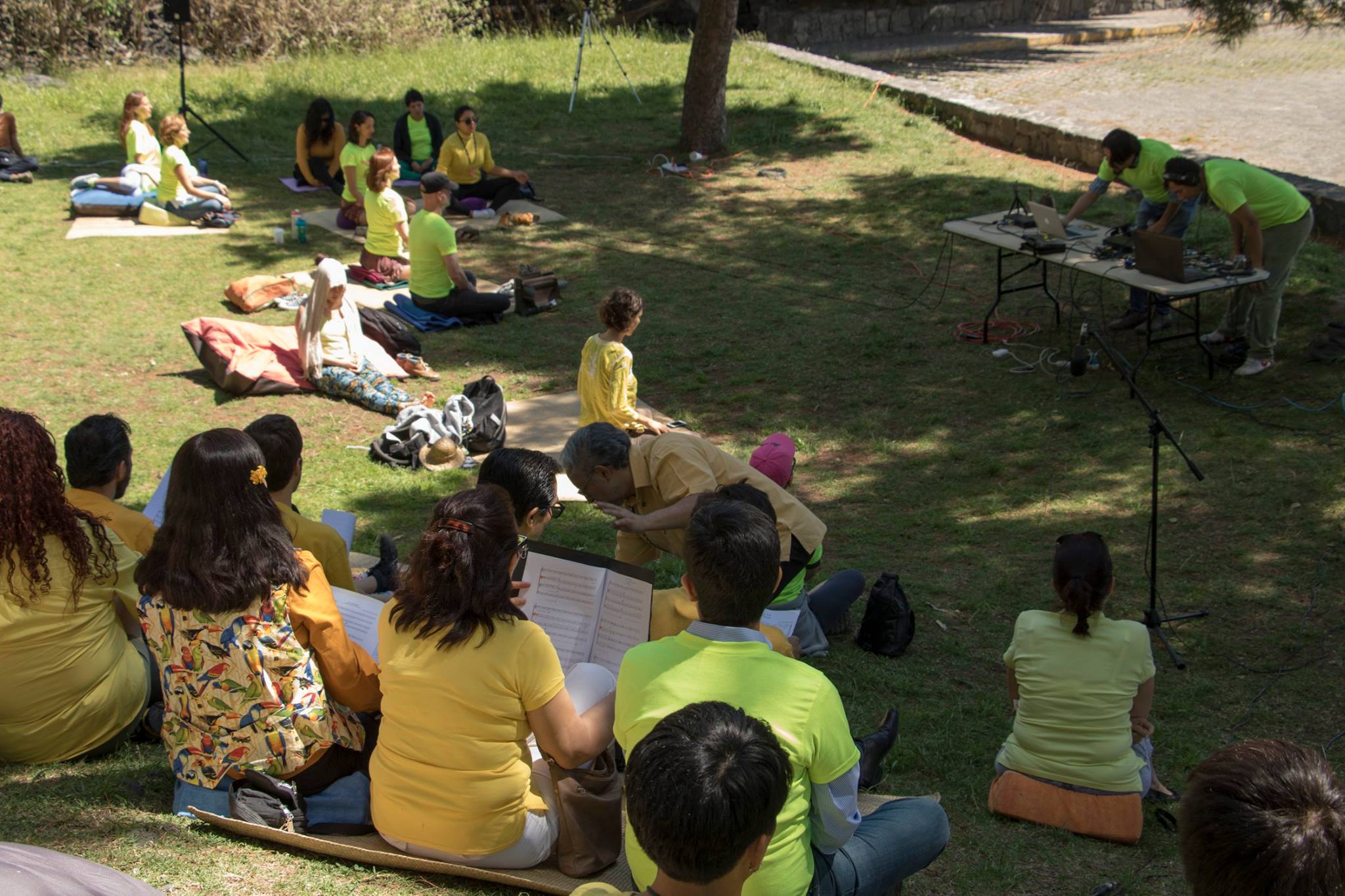 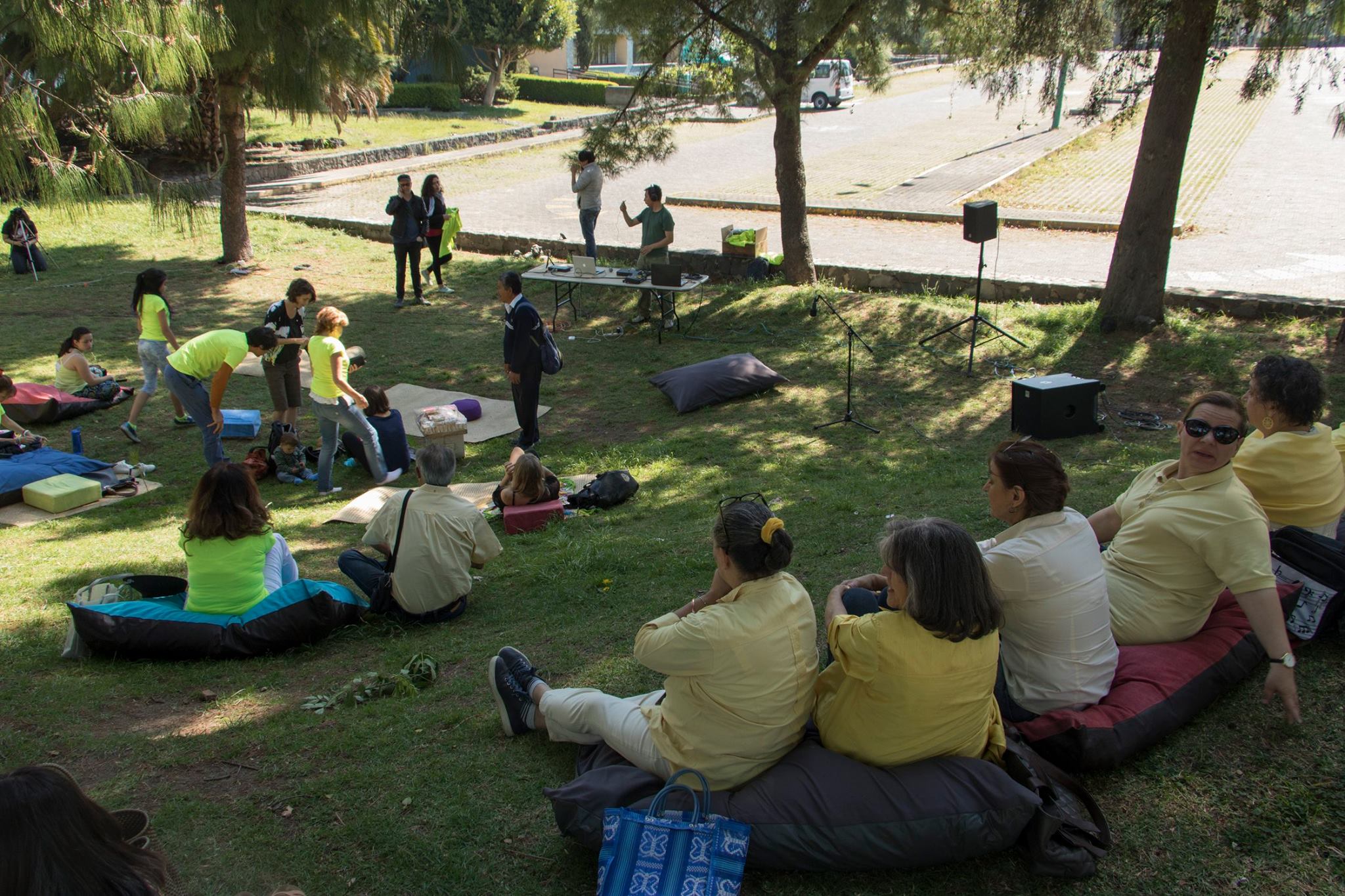 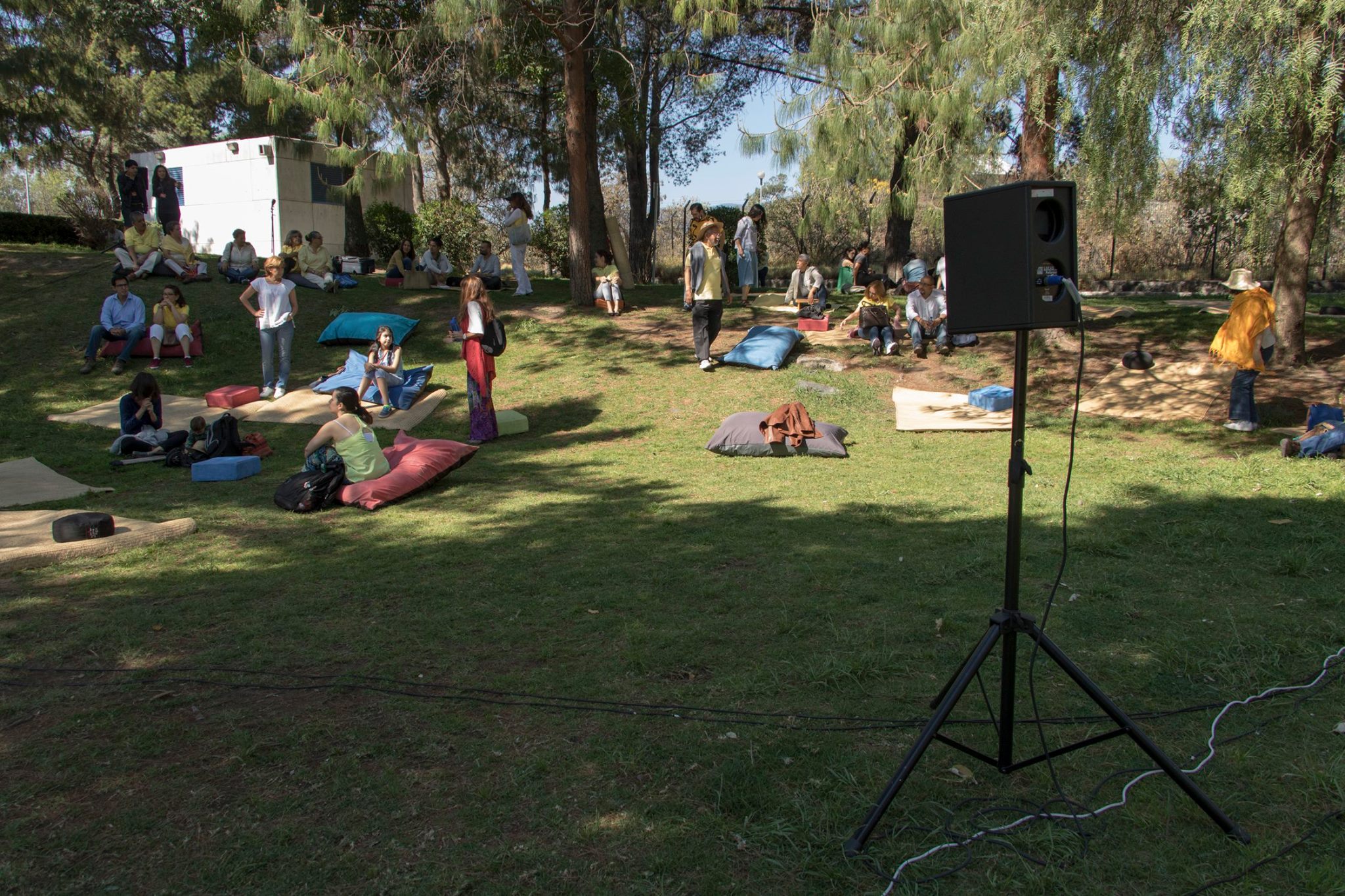 The tools for the genetic work consolidating a biohacker space independent of Open Source communities. OpenPcr Thermocycler: Help automate reaction processes in polymerase chain, amplifies and produces many copies of a fragment of particular DNA.

– Glassware and reagents. This biohacker space will have the mission of socialize and mobilize these technologies in rural and community contexts. 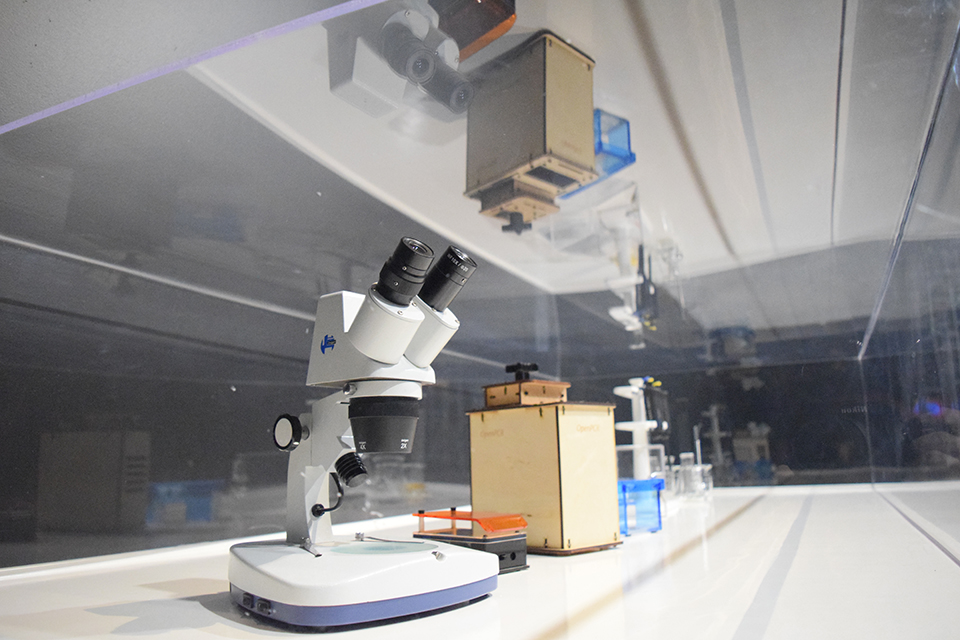 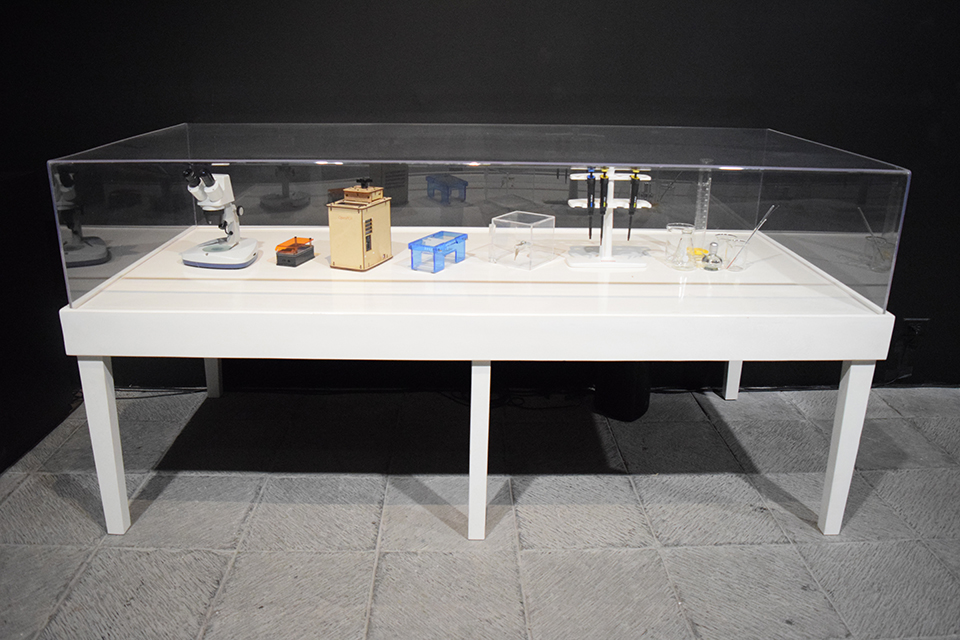 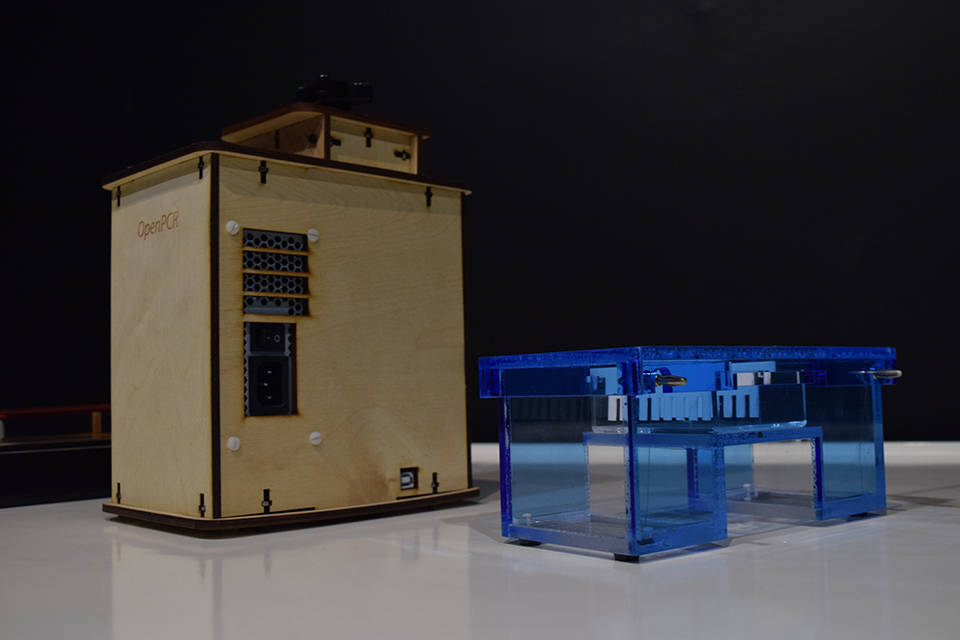 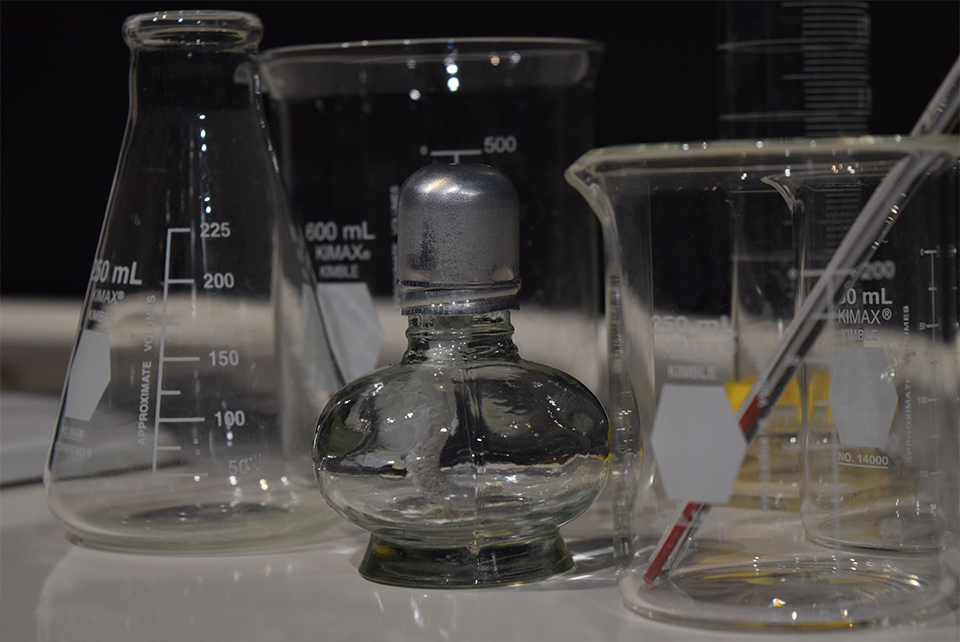 An organizational method is developed for the design of the chips that contained the bacteria, a programming language temporal space, its primitives: 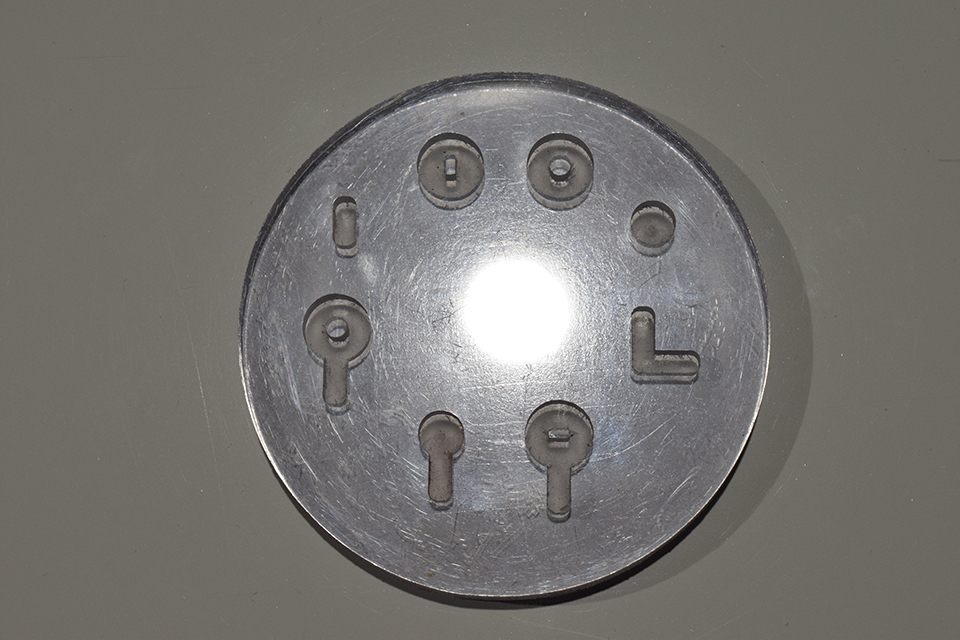 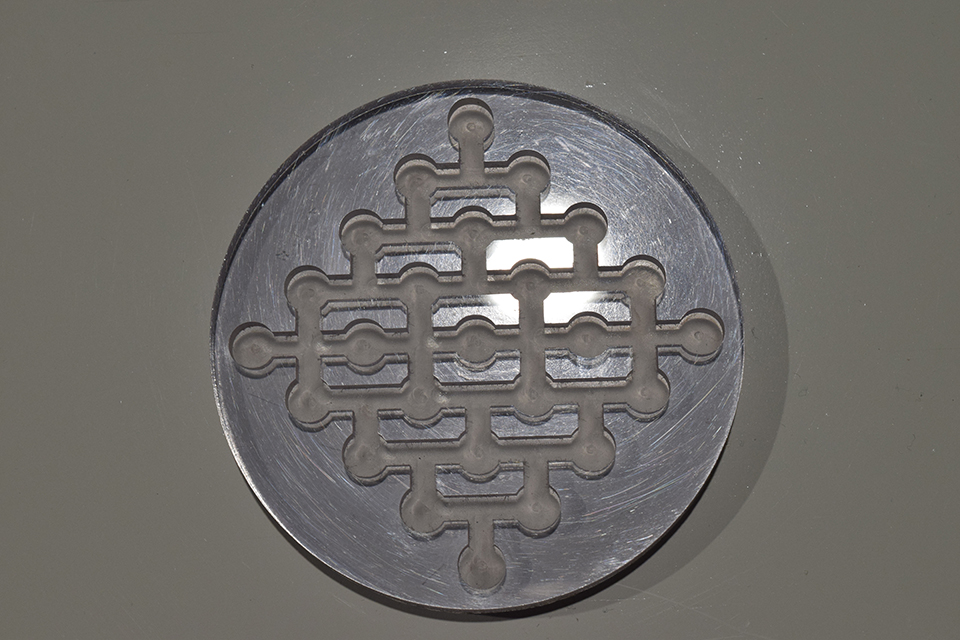 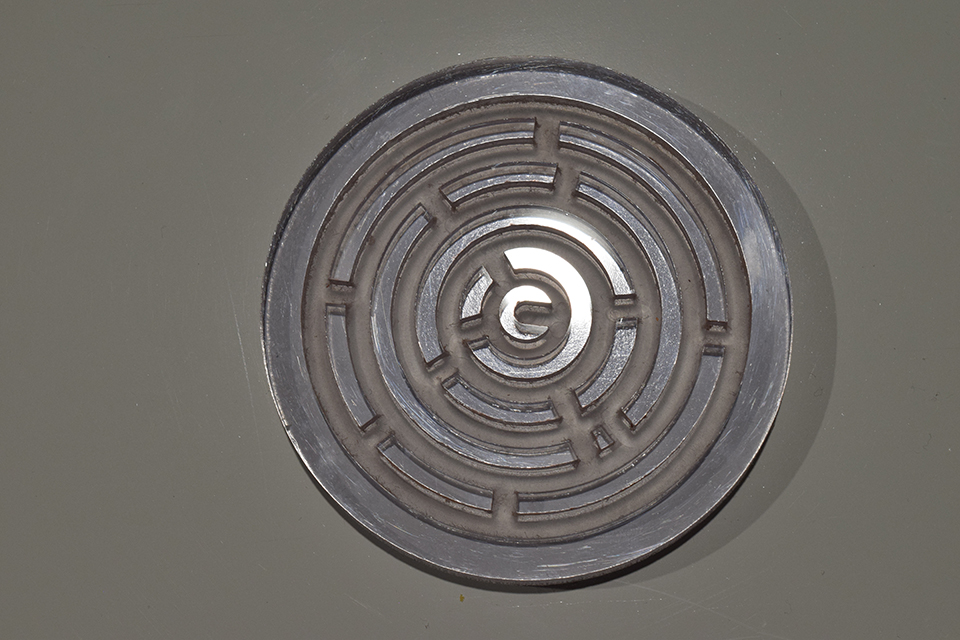 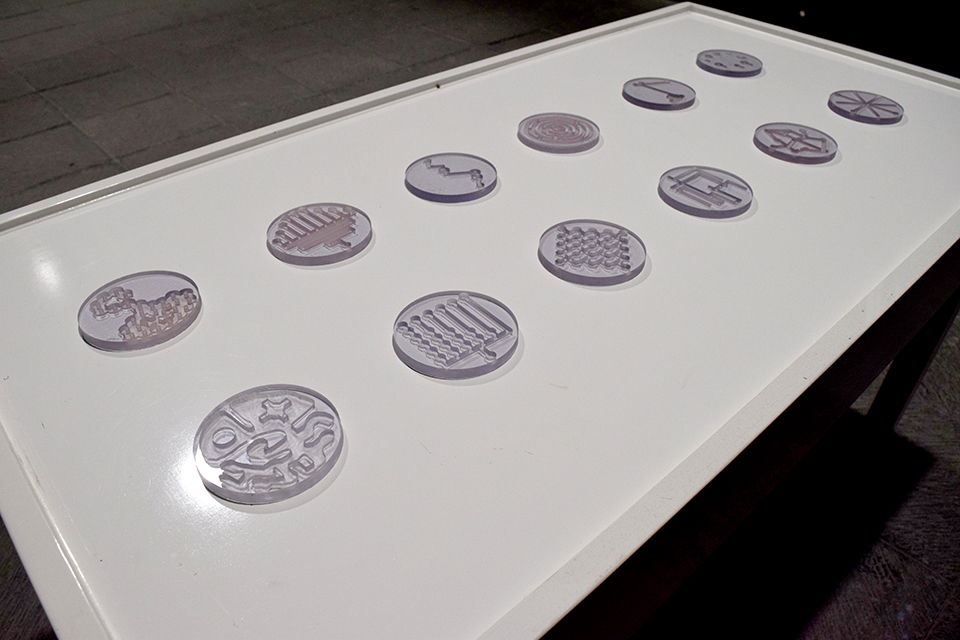 The bacteria were cultured and data were taken from the population dynamics of these bacteria and it was concluded that what saw were their ways of communicating and the things that emerged unexpectedly from that collectivity, would there be any way to scale the project, let’s say to human measurements?

For the second experiment, a piece was created where the public can sing freely in the context of an active meditation, if humans can not shine, they can sing. The session was recorded from different points and analyzed under the same lens synchronization-desynchronization.

Bacteria were removed signal thanks to a computer vision algorithm and the whole group of people got a signal thanks to a Fast Fourier Transformed algorithm. The conclusions that could be drawn from the collective analysis of the two communities was that the smaller the spatial scale to which we are referring, it takes more time to synchronize (in the case of bacteria 230 minutes per cycle and in the case of humans 1 minute). Each space scale has its own physical rules, quantum physics only serves at the molecular scale, it does not work for classical physics, nor does physicality of black holes, but information is a phenomenon that traverses all these ruptures between scales, something like a beautiful golden thread that gives coherence to the universe.

Finally the synthesis in the audiovisual piece, the data generated by our two computers were used to generate the form of the piece both visually and sonorously, this is the representation of the two spaces coexisting with each other in a space virtual parameters that act in collaboration to generate the final piece. One controlling the patterns he performs in a generative video mapping on the acrylic bas-relief, as well as the spatialization of the sound composition. 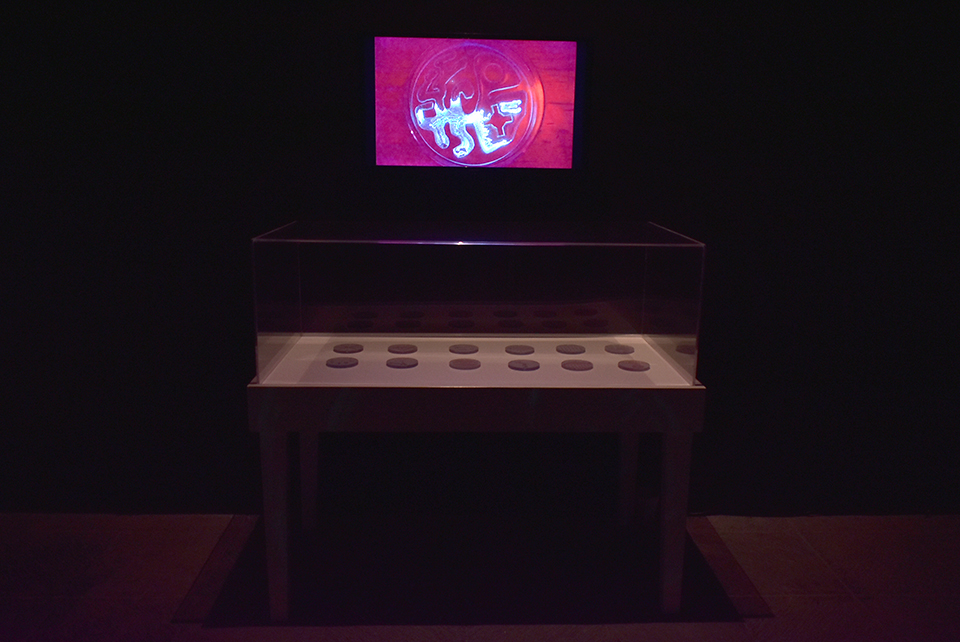 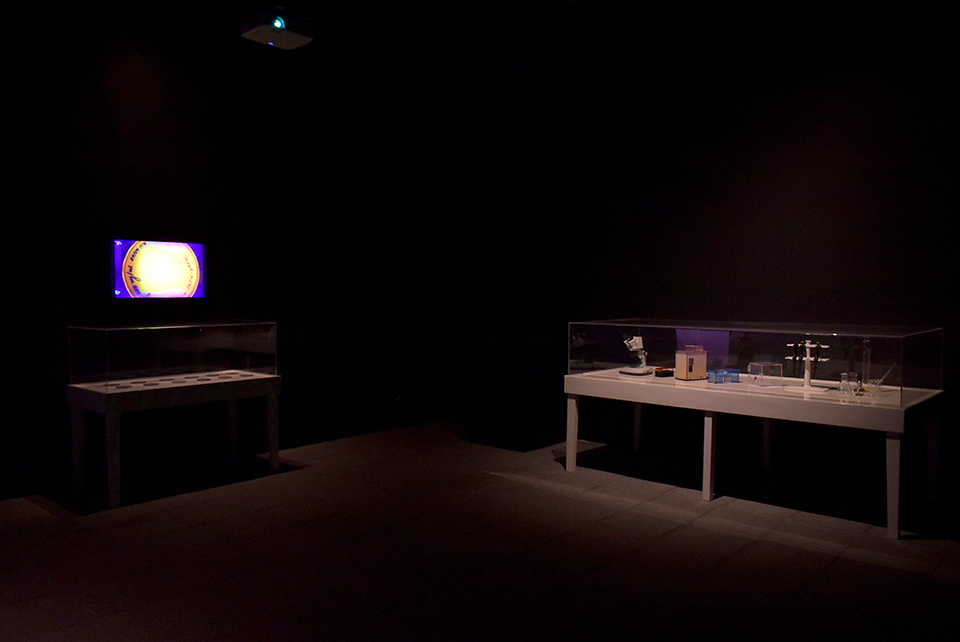 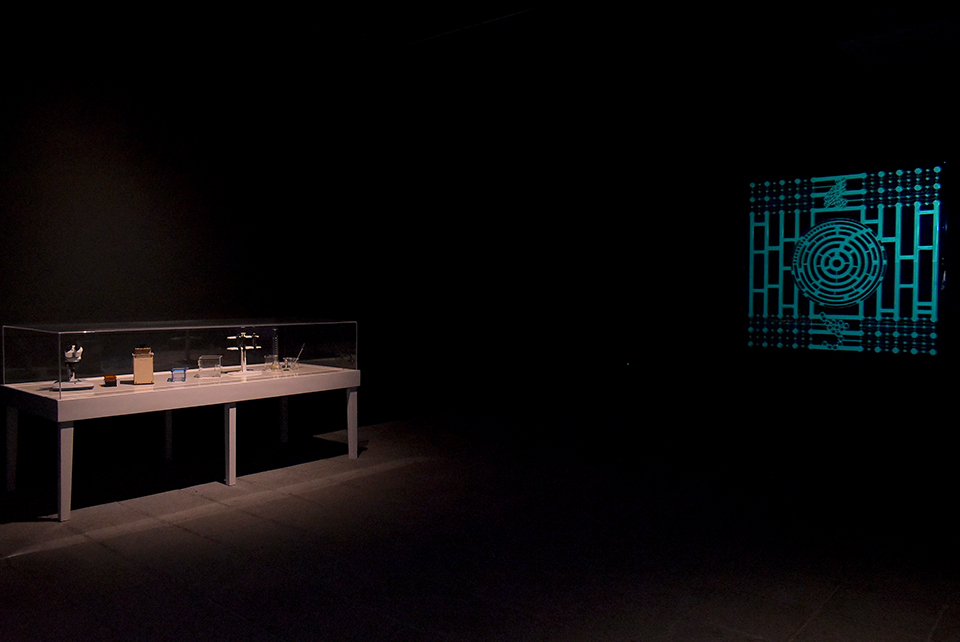 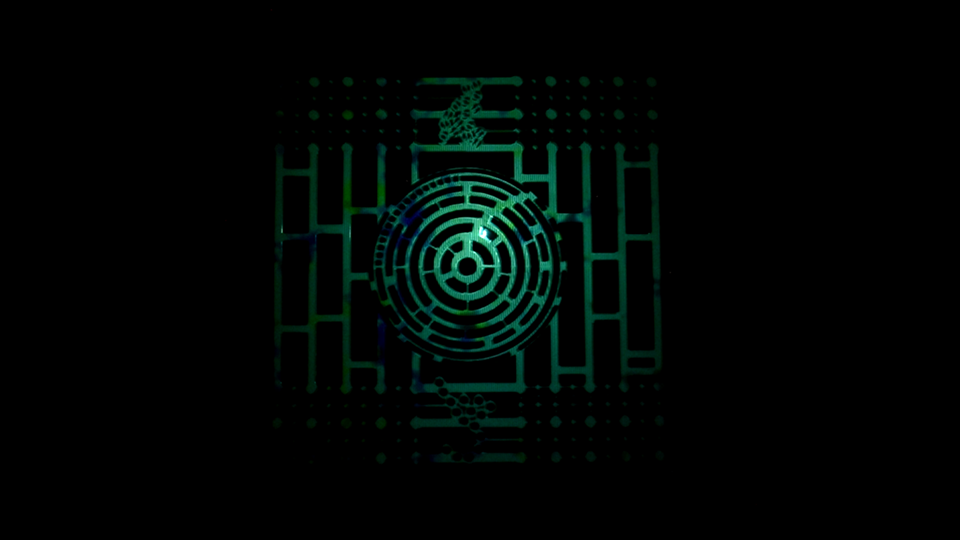 The exhibition proposal proposes to show all the steps of the process as a prelude to the synthesis space, so the biohacker space, which can do a mobile activation, and do a simple exercise like DNA extraction so public assistant.